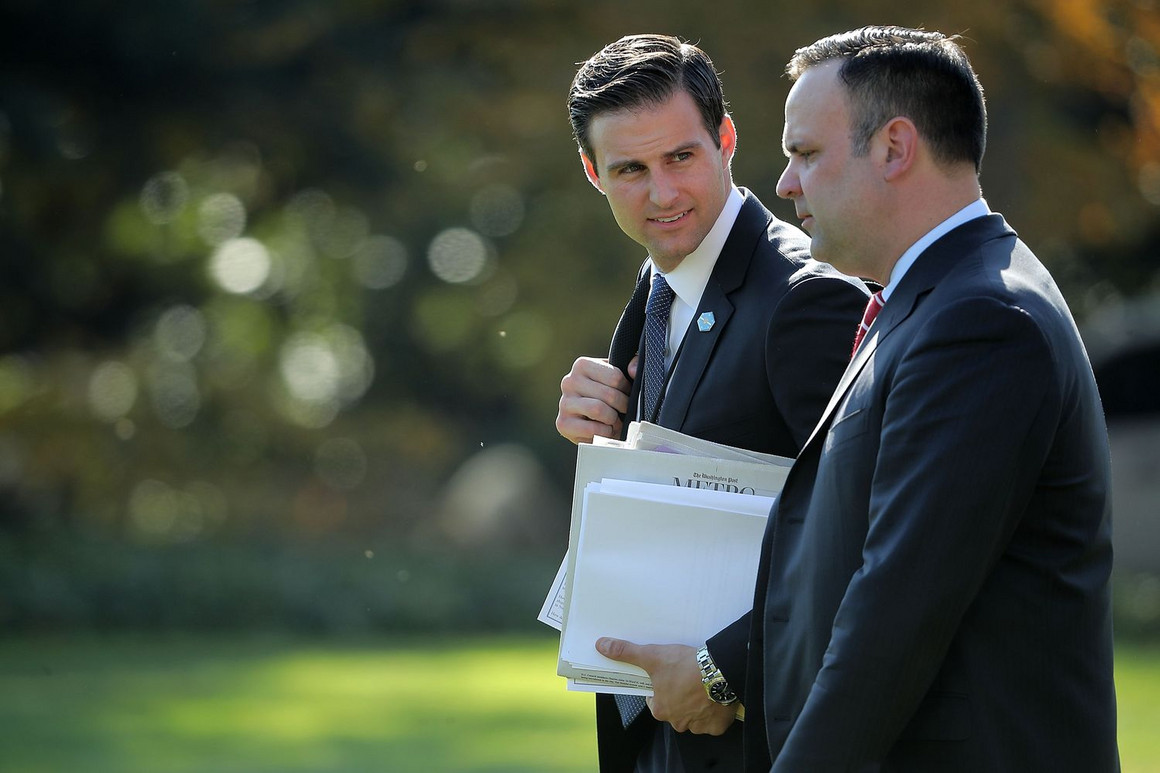 In the middle of a devastating pandemic and a searing economic crisis, the White House has an urgent question for its colleagues across the administration: Are you loyal enough to President Donald Trump?

The White House’s presidential personnel office is conducting one-on-one interviews with health officials and hundreds of other political appointees across federal agencies, an exercise some of the subjects have called “loyalty tests” to root out threats of leaks and other potentially subversive acts just months before the presidential election, according to interviews with 15 current and former senior administration officials.

The interviews are being arranged with officials across a wide range of departments including Health and Human Services, Defense, Treasury, Labor and Commerce and include the top tier of Trump aides: Senate-confirmed appointees. Officials are expected to detail their career goals and thoughts on current policies, said more than a dozen people across the administration with knowledge of the meetings.

White House officials have said the interviews are a necessary exercise to determine who would be willing to serve in a second term if President Donald Trump is reelected. But officials summoned for the interviews say the exercise is distracting from numerous policy priorities, like working to fight the pandemic, revitalizing the economy or overhauling regulation, and instead reflect the White House’s conviction that a “deep state” is working to undermine the president.

It’s “an exercise in ferreting out people who are perceived as not Trump enough,” said one person briefed on the meetings.

READ ALSO:  The FAA has unveiled a new method for tracking space launches.

The interview process, along with White House chief of staff Mark Meadows’ ongoing hunt for leakers, shows how the White House — less than four months before the presidential election — remains consumed by loyalty and optics despite urgent policy problems such as a raging coronavirus pandemic, nationwide worries about reopening schools and historically high unemployment. This week’s White House drama over Anthony Fauci, the nation’s top infectious-disease doctor, highlighted the persistent internal concern about whether government officials are in line with Trump’s preferred policy approaches — such as the president’s desire to downplay the latest coronavirus surges.

The reinterviewing exercise is being led by Johnny McEntee, a 30-year-old who’s been a Trump aide since the 2016 campaign and was installed earlier this year as chief of the White House personnel office and is responsible for filling thousands or jobs across the federal agencies.

The interviews can take the form of general questions, such as an appointee’s career goals, but can also veer into territory meant to test a person’s perceived loyalty, like asking for the appointee’s thoughts on the U.S. relationship with China or probing questions about why an appointee was chosen for his or her current job. Interviewers have also asked people to give examples of ways they are supporting the administration.

“It just seems like you could be a rocket scientist, but all they care about is whether you are MAGA,” said one senior administration official familiar with the interview process. “It is fair to do something to prepare to fill jobs in a second term, but right now, it is hard to know what the metrics are with this personnel office for being successful. There is no set criteria for what makes a good political appointee.”

McEntee, a former body man for Trump, did not respond to a request for comment. A White House official who defended the process said it’s part of the personnel office’s preparations for a second term, including gauging the officials’ postelection plans.

The head of the presidential personnel office under President Barack Obama called the interviews unusual. “I could definitely see that kind of questioning being uncomfortable and creating unease among political appointees,” said Rudy Mehrbani, who also vetted appointees while in the White House counsel’s office under Obama. “If you are working in one subject area like Peace Corps or USAID, that does not mean you are signing on to the administration’s position on funding for reproductive rights.”

Political appointees at the Defense Department, including a top layer of officials — undersecretaries — are going through reinterviews with the White House personnel office this month, according to a current Defense official and two former officials. During the interviews, the representatives from the personnel office are forcing senior leaders to answer questions about their loyalty to the president with an eye toward keeping their jobs in a second Trump term, the people said.

In other areas of the government, the personnel tests come at a moment when Trump appointees are already struggling to manage portfolios that have ballooned during the pandemic. For instance, HHS staff have now spent more than five months juggling the round-the-clock response to the coronavirus while handling other ongoing policy goals, like the president’s focus on securing lower drug prices before the election — a balancing act that officials described as exhausting even before facing de facto loyalty tests.

Five political appointees in disparate roles across HHS said they’d either scheduled their meetings with the personnel office or were awaiting an appointment.

READ ALSO:  What are the main concerns for US voters during this election?

The interviews also have exposed some Trump appointees to unexpected risks: Labor Department officials were forced to quarantine after meeting with a White House personnel staffer who later tested positive for the novel coronavirus, Bloomberg Law first reported.

“You would think they would want to shore up the bench in response to the pandemic or start getting ready to fill expected gaps because people get sick or they leave,” Mehrbani added. “In the run up to a transition, historically, there is lots of turnover. Those are the things the personnel office should be tending to.”

For Trump‘s true believers, the interviews are viewed as a mandatory part of working in the Trump administration.

“If we’re going to extend this amount of capital on you, and push for you, they should ask more questions. I’m glad they’re doing it finally,” one White House official said. “The fact that PPO is finally considering whether people are aligned with the president — it’s long overdue.”

Lara Seligman contributed to this report.

“Leave the marriage if your husband behaves like this because you’re pregnant with a girl,” says businessman Wale Jana, as a man looks disappointed when he learns he’s expecting a daughter.

A motorcyclist was strangled and his body was dumped in an unfinished building in Delta.

A Gabonese man marries four women all at once.

Abba Kyari has been suspended by the Police Commission following his indictment in the Hushpuppi fraud case.

Ese Brume of Nigeria qualifies for the Long Jump final at the Tokyo Olympics.

JayBoogie, a crossdresser, flaunts his killer curves in sexy photos.