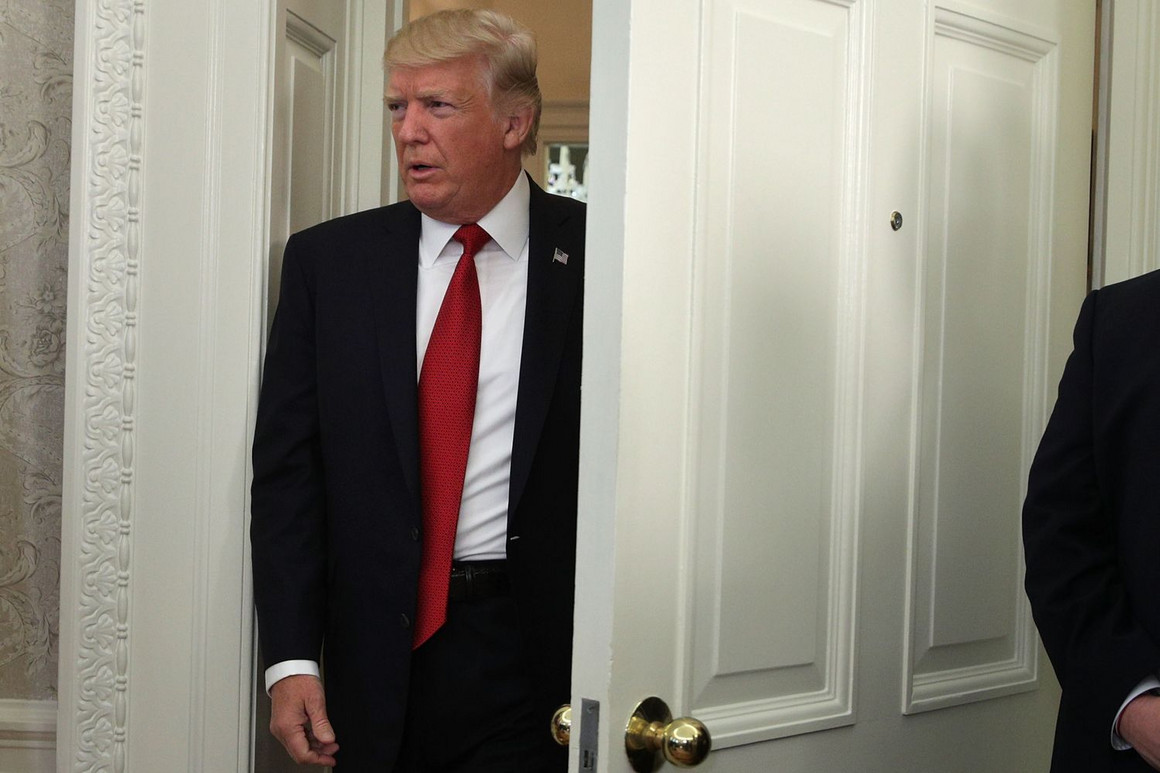 President Donald Trump on Monday tapped Justin Herdman to take over as the top prosecutor for Washington, D.C., and lead the U.S. attorney’s office there.

Herdman, currently the U.S. attorney for the Northern District of Ohio, would replace Timothy Shea, a former aide to Attorney General William Barr who has been in the role on an interim basis since February.

If confirmed by the Senate, Herdman would oversee the largest U.S. attorney’s office in the country with more than 300 prosecutors. He would also serve in a unique role as both the local and federal prosecutor for Washington, D.C.

In a statement, Barr praised Herdman as a “fair prosecutor, capable litigator, and excellent manager.”

His nomination comes on the heels of a tumultuous tenure for Shea atop the D.C. attorney’s office. In just three months on the job in an acting capacity, Shea has left a mark on several high-profile cases involving the president’s allies.

Mere days after taking over the D.C. attorney’s office, Shea signed his name to a revised sentencing memo recommending a more lenient punishment for one of Trump’s longtime confidants Roger Stone, overruling career prosecutors and causing four of them to withdraw from the case. The reversal came after the president publicly complained about the sentence recommended by prosecutors. Barr acknowledged he personally intervened in the case, but denied he did so at the president’s direction.

Earlier this month, Shea was the lone prosecutorial signee on the the Justice Department’s bombshell motion to dismiss the federal case against Trump’s first national security adviser Michael Flynn, who had pleaded guilty to lying to the FBI before trying to revoke his plea.

Both moves prompted immense backlash from Trump critics, while the president has hailed the episodes as justice prevailing over the so-called deep state and former special counsel Robert Mueller.

An administration official confirmed to POLITICO that Shea is headed to the Drug Enforcement Administration; Barr later announced that Shea would become its acting head.

Laura Ikeji, Uche Ogbodo, and others react after actress Ruth Kadiri claims to be the “President of Anambra wives association.”

‘All the Jaruma ladies are coming for your man.’ Jaruma is still dragging BBN’s Maria for flaunting his expensive car and wrist watch.

‘African Giant Family’ Reactions to the singer Burna boy is proud of his sister for being a member of the team that designed the new Range Rover.

‘Your surprises should include house keys and automobiles.’ Sotayogaga, the actress, tells fans ahead of her birthday