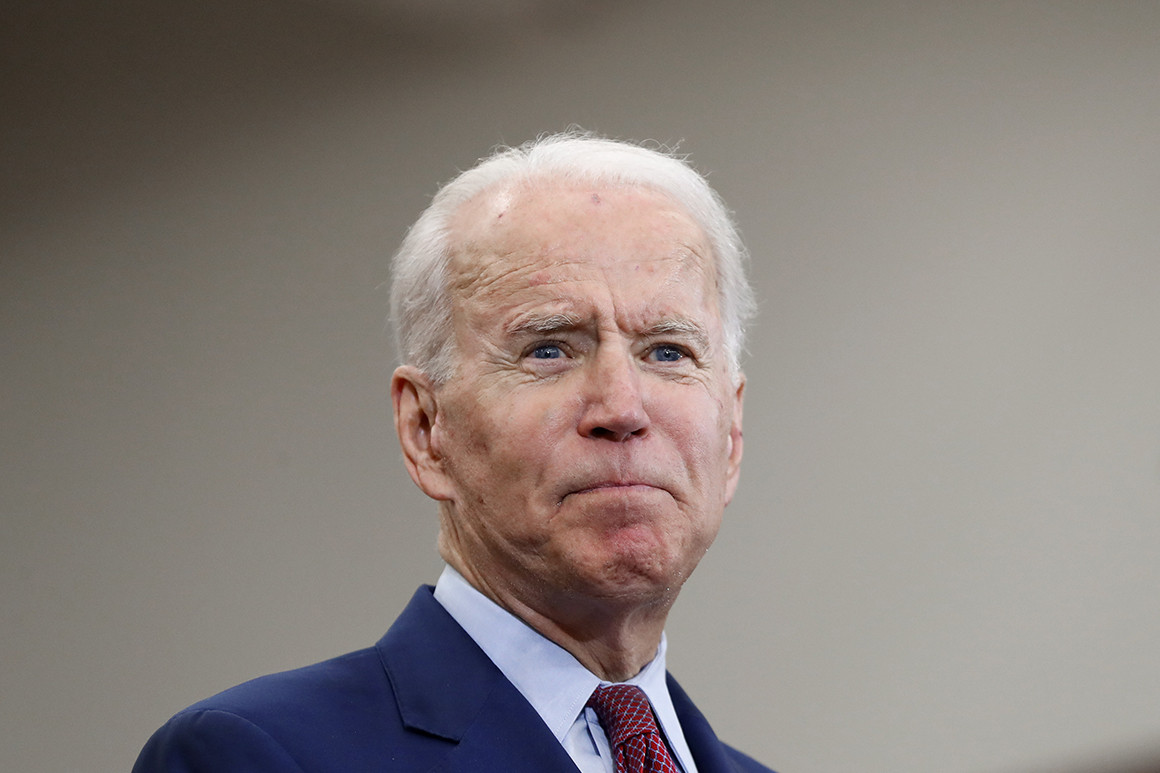 In early April, Jason Furman, a top economist in the Obama administration and now a professor at Harvard, was speaking via Zoom to a large bipartisan group of top officials from both parties. The economy had just been shut down, unemployment was spiking, and some policymakers were predicting an era worse than the Great Depression. The economic carnage seemed likely to doom President Donald Trump’s chances at reelection.

Furman, tapped to give the opening presentation, looked into his screen of poorly lit boxes of frightened wonks and made a startling claim.

“We are about to see the best economic data we’ve seen in the history of this country,” he said.

The former cabinet secretaries and Federal Reserve chairs in the Zoom boxes were confused, though some of the Republicans may have been newly relieved and some of the Democrats suddenly concerned.

“Everyone looked puzzled and thought I had misspoken,” Furman said in an interview. Instead of forecasting a prolonged depression-level economic catastrophe, Furman laid out a detailed case for why the months preceding the November election could offer Trump the chance to brag — truthfully — about the most explosive monthly employment numbers and GDP growth ever.

Since the Zoom call, Furman has been making the same case to anyone who will listen, especially the close-knit network of Democratic wonks who have traversed the Clinton and Obama administrations together, including top members of the Biden campaign.

Furman’s counterintuitive pitch has caused some Democrats, especially Obama alumni, around Washington to panic. “This is my big worry,” said a former Obama White House official who is still close to the former president. Asked about the level of concern among top party officials, he said, “It’s high — high, high, high, high.”

And top policy officials on the Biden campaign are preparing for a fall economic debate that might look very different than the one predicted at the start of the pandemic in March. “They are very much aware of this,” said an informal adviser.

Furman’s case begins with the premise that the 2020 pandemic-triggered economic collapse is categorically different than the Great Depression or the Great Recession, which both had slow, grinding recoveries.

Instead, he believes, the way to think about the current economic drop-off, at least in the first two phases, is more like what happens to a thriving economy during and after a natural disaster: a quick and steep decline in economic activity followed by a quick and steep rebound.

The Covid-19 recession started with a sudden shuddering of many businesses, a nationwide decline in consumption, and massive increase in unemployment. But starting around April 15, when economic reopening started to spread but the overall numbers still looked grim, Furman noticed some data that pointed to the kind of recovery that economists often see after a hurricane or industry-wide catastrophe like the Gulf of Mexico oil spill.

Consumption and hiring started to tick up “in gross terms, not in net terms,” Furman said, describing the phenomenon as a “partial rebound.” The bounce back “can be very very fast, because people go back to their original job, they get called back from furlough, you put the lights back on in your business. Given how many people were furloughed and how many businesses were closed you can get a big jump out of that. It will look like a V.”

Furman’s argument is not that different from the one made by White House economic advisers and Trump, who have predicted an explosive third quarter, and senior adviser Jared Kushner, who said in late April that “the hope is that by July the country’s really rocking again.” White House officials were thrilled to hear that some of their views have been endorsed by prominent Democrats.

“I totally agree,” Larry Kudlow, the head of the White House National Economic Council, replied in a text message when asked about Furman’s analysis. “Q3 may be the single best GDP quarter since regular data. 2nd half super big growth, transitioning to 4% or more in 2021.” He called Furman, who he said he knows well, “usually a straight shooter. Hats off to him.”

“I have been saying that on TV as well,” said Kevin Hassett, a top Trump economic adviser, who pointed to a Congressional Budget Office analysis predicting a 21.5 percent annualized growth rate in the third quarter. “If CBO is correct we will see the strongest quarter in history after the weakest in Q2.”

Peter Navarro, a Trump trade and manufacturing adviser who’s a Harvard-educated economist, called the high unemployment America is currently facing “manufactured unemployment, which is to say that Americans are out of work not because of any underlying economic weaknesses but to save American lives. It is this observation that gives us the best chance and hope for a relatively rapid recovery as the economy reopens.

(Asked about his new fans in the White House, Furman responded, “They get the rebound part, but they don’t get the partial part.”)

A rebound won’t mean that Trump has solved many underlying problems. Since the crisis started, many employers have gone bankrupt. Others have used the pandemic to downsize. Consumption and travel will likely remain lower. Millions of people in industries like hospitality and tourism will need to find new jobs in new industries.

The scenario would be a major long-term problem for any president. But before that reality sets in, Trump could be poised to benefit from the dramatic numbers produced during the partial rebound phase that is likely to coincide with the four months before November.

That realization has many Democrats spooked.

One progressive Democratic operative pointed out that recent polling, taken during the nadir of the crisis, shows Biden is struggling to best Trump on who is more trusted to handle the economy. “Trump beats Biden on the economy even right now!” he said. “This is going to be extremely difficult no matter what. It’s existential that we figure it out. In any of these economic scenarios Democrats are going to have to win the argument that our public health and economy are much worse off because of Donald Trump’s failure of leadership.”

The former Obama White House official said, “Even today when we are at over 20 million unemployed Trump gets high marks on the economy, so I can’t imagine what it looks like when things go in the other direction. I don’t think this is a challenge for the Biden campaign. This is the challenge for the Biden campaign. If they can’t figure this out they should all just go home.”

The Biden campaign seems to recognize the challenge. “The way that Biden talks about the economy is not just tied to the Covid crisis, it’s also about the things that Donald Trump has done to undermine working people since the day he took office,” said Kate Bedingfield, Biden’s deputy campaign manager. “But secondly, it’s also highly likely that under any economic circumstances in the fall, Trump is likely going to be the first modern president to preside over net job loss.”

Between now and Election Day, there will be five monthly jobs reports, which are released on the first Friday of every month. The June report, covering May, is likely to show another increase in unemployment. But after that, Furman predicts, if reopening continues apace, the next four reports could be blockbusters. “You could easily have one to two million jobs created a month in those four reports before November,” he said.

He added, “And then toward the end of October, we will get GDP growth for the third quarter, at an annualized rate, and it could be double-digit positive economic growth. So these will be the best jobs and growth numbers ever.”

Furman noted that there is one major obvious caveat: “If there’s a second wave of the virus and a really serious set of lockdowns, I wouldn’t expect to see this. But I think the most likely case is the one I just laid out.”

When Obama ran for re-election in 2012, during the recovery from the Great Recession, he was able to point out that the unemployment rate was dropping about one point every year. But in a V-shaped recovery it would be much faster. “The Trump argument will be he’s producing the fastest job growth and fastest economic growth in history. If he has any ability to do nuance he would say, ‘We are not there yet, reelect me to finish the job,’” Furman said. “The Biden argument will be the unemployment rate is still 12% and even with those millions of jobs we are still down 15 million jobs and the only way for this to be fixed is new economic policies.”

Austan Goolsbee, a predecessor to Furman as chairman of the Council of Economic Advisers in the Obama White House, said the recovery would be more like a reverse checkmark, rather than a V, and that Biden and Democrats would need to point out that the explosive numbers predicted for the late summer and fall will not erase all of the damage.

“I view it as Trump left the door open and five rats came into the kitchen and you’re going to brag, ‘Look I got two of the rats out?’” Goolsbee said. “There’s a high risk you look completely out of touch if you still have double-digit unemployment rates.”

Sen. Chris Coons (D-Del.), who is close to Biden, said he’s been studying numerous economic forecasts and isn’t convinced that a V-shaped rebound it certain. “It seems pretty unlikely to me that we’re going to have a really robust recovery in the next few months,” he said. “Of course, we all hope there will be. Frankly, no matter what the recovery looks like, I expect President Trump to either take credit for things he had nothing to do with or to avoid blame for things he helped cause.”

Furman is an economist, but he had some strategic advice for the Biden campaign. “Don’t make predictions that could be falsified. There are enough terrible things to say you don’t need to make exaggerated predictions,” he said. “The argument that we are in another Great Depression will look like it was overstated. Trump can say, ‘Two million deaths didn’t happen, Great Depression didn’t happen, we are making a lot of progress.’”