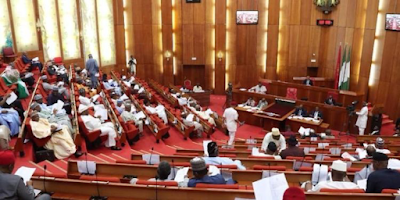 The Senate on Tuesday explained why the Federal Government should subsidise electricity for Nigerians.

The electricity distribution companies of Nigeria had on Monday told the National Assembly leadership that the only condition to halt tariff hike was for the Federal Government to bear the difference between the current tariff and the proposed one.

Addressing journalists on behalf of the red chamber on Tuesday, the Chairman, Senate Committee on Power, Senator Gabriel Suswam, and his counterpart in the Media and Public Affairs, Dr. Ajibola Basiru, said increasing the tariff at the moment would be counterproductive.

The upper chamber said the best thing for the Federal Government to do now was to take the challenge of subsiding power by paying DISCOs the balance of the current tariff and the proposed one.


Suswan specifically said there was nowhere in the world where such gestures were not being extended to the citizenry.

He said, “Nowhere in the world that power is not subsidised especially in a developing economy because there are genuine people, who, because of their income, are unable to pay what is called a cost-reflective tariff.

“Nigerians are heavily burdened because of COVID-19. The economy has contracted by 3.2%, that’s a lot.

“So it makes you and I to attend to some of our social problems. So, is the government preferring to add a burden or lessen it?

“The president has been doing well, he has spent so much money, and what we expect is that the spending will gradually reduce or diminish as the power sector becomes more efficient.

“There are two things, one is to make it more efficient and second, the government will back out just like they have done in the oil sector where subsidy has been completely removed.

“Even at that, the government is reducing the pump price. So, should they, in the same vein, increase tariff? It doesn’t make sense.

“I think the executive will agree, even though it’s going to come at a cost. But what cost is more than lessening the burden on the people?”