River levels in Ashburton have begun lowering, but it might take two or three days to drain, and people should have their bags packed in case stopbanks rupture, according to Ashburton District Mayor Neil Brown.

As the torrential rain persisted today, half of Ashburton’s residents were ready to evacuate.

Officials met this morning in response to the flooding crisis that has ravaged Canterbury over the weekend owing to heavy rain.

Brown spoke with council chief executive Hamish Riach in the most recent briefing on floods in the region.

He stated that even though the rain had ceased, the river was still full and there was still pressure in some areas.

Residents were nevertheless urged to pack a bag and be prepared to leave, according to him. It might take two or three days for the catchment to return to normal levels. 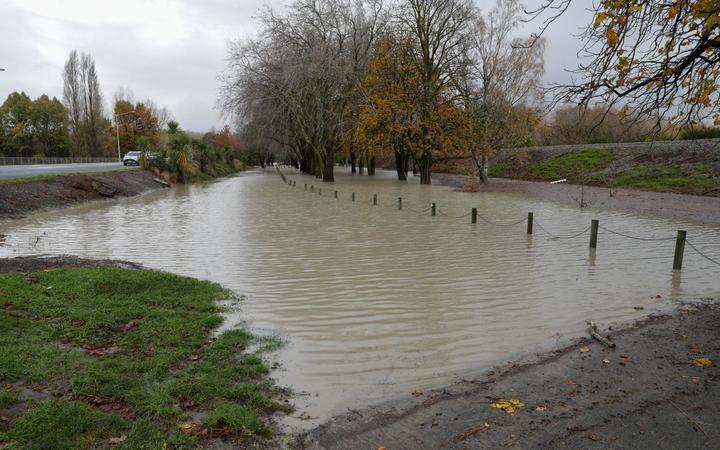 Riach said it may feel like it’s “just a rainy day” but the pressure on the rural area was high with a lot of surface flooding. There were other issues including floodwaters getting into the wastewater system.

READ ALSO:  Teacher shortage: Schools make do but 'it's not going to last'

Four bridges were gone, and there were numerous roads where the seal had been lifted off the road, Brown said.

Seventeen roads were closed, including the Gorge Bridge and Rakaia Bridge – the roads to Christchurch.

Residents should avoid any unnecessary travel and remain at home, Brown said.

“There is a lot of damage, a lot of water has been swirling around, creating holes in the road, and if there’s water still in them, you won’t see them and your car will just drop into them.”

Following legal settlements, Block.one is free to focus on its $10 billion crypto company.

Coinbase is apparently considering to open an office in New York.

The Netherlands should regulate cryptocurrency rather than outlaw it, according to the country’s finance minister.

Is this market providing Aave with “incredible value”?

This Emerging Altcoin Is a Better Long-Term Bet Than Ethereum, According to a Prominent Crypto Trader

‘Biafra is your source of income,’ says Asari Dokubo in response to Nnamdi Kanu’s ‘N20m gift.’

After a 12-year reign, Israeli Prime Minister Binyamin Netanyahu has been deposed.

IPOB: Igbos have been indoctrinated by the Biafra campaign – Ngige

Yomi Casual was taken to the hospital following a terrible auto accident.

The funeral date for TB Joshua has been announced.