It is one of New Zealand’s smallest islands, but still large enough to host a range of pests and rodents.

A rainbow over Haulashore Island which is a stone’s throw from Nelson’s seafront, despite its size the island is still large enough to host pests and rodents. Photo: RNZ / Tracy Neal

Haulashore Island, which has been a backdrop to Nelson’s waterfront for 113 years, is the focus of a community restoration programme. Volunteer trappers are now flocking to the little island to help with the return of penguins, lizards and rare lichens.

The 5ha island is a stone’s throw from the city’s seafront. It is accessible by paddleboard, kayak, dinghy, luxury launch, or the small red ferry, Waka-to-and-fro, named in reference to its home port (Wakatu) and the path it plies between Nelson’s historic lighthouse, the port of Nelson, and the island. 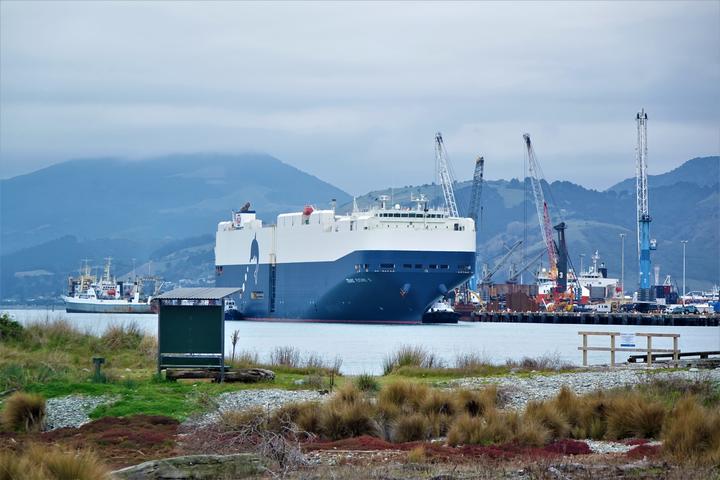 Haulashore Island is only a stone’s throw from the city’s waterfront. Photo: RNZ / Tracy Neal

It is the mission of volunteer group Friends of Haulashore to rid the island of rodents, armed with peanut butter, dried rabbit bait and some mighty powerful traps.

READ ALSO:  'Doomscrolling' is word of the year for 2020 - Public Address

Scientist and volunteer trapper Jonathan Banks said the trap line of 25 boxes circled the island, and crossed through its middle.

“There were rats in the traps that had been there for ages, because of the Covid lockdown. They were starting to turn into goo.”

Fellow scientist Andrew Fidler and his son Finn are also part of the volunteer group.

Finn is a senior student at Nelson’s Garin College and is responsible for recording what is in each trap for the national trapping database.

“I’m recording at each trap what we do and what we’ve caught, and then I upload it on to the website once I’m home.

“You can get these various overlays, based on colour, how dense the kill rate is in various places.”

A warning to other rats on the island. Photo: RNZ / Tracy Neal

Friends of Haulashore was set up to protect the island’s surprising array of birds – including penguins – and some rare lizards.

Andrew said it was a small but dedicated group supported by Port Nelson, Nelson City Council and the Menzshed charity.

“This project kind of grew organically. We started thinking it might be nice to put some (penguin) nesting boxes up, and then it kind of expanded.”

Haulashore Island is named for the vessels that were once careened on its stony shores.

It is not a natural island – but an offcut from the city’s famed Boulder Bank.

In 1906 a cut was made in the bank to allow easier passage to Nelson Harbour for shipping.

“In the transition from sailing ships to steam ships the (old) entrance to the harbour became more of an issue because it wasn’t deep enough, but the The Cut was put through so … now it’s really an island.”

The city council-run reserve is enjoyed as much by the public for a spot of tea by the sea, as it is by the fur seals that slumber on its beaches.

“If you ever get the chance to go on to an island with no predators – no rats or mice, they’re just stunning places. You wouldn’t believe how many insects there are, how many birds there are and the difference in the vegetation.

“The density of life on predator-free islands is amazing.”

How to Select an Exchange for Crypto Trading

Ethereum’s crazy streak persists, with the ETH price breaking $4,000 for the first time.

The Pitfalls of Automated Trading and How to Avoid Them

What is the difference between crypto fundamental analysis and technical analysis?

What exactly is mining?

What exactly is a fork?

AKA reacts to allegations of ‘assault and drugs’ in his relationship with his late fiancée, Nelli Tembe, as images of him physically knocking down a bedroom door where she was hiding” surface.

Five people have been arrested as the NDLEA busts an online cocaine trafficking cartel in Abuja.

Rosy Meurer is greeted warmly by her husband, Olakunle Churchill, upon her return to Nigeria with their son (video)

Black Woman’s Immorality the western way: A married women posts a picture of herself posing for both her husband and her boyfriend.

Strange things are happening in this country: a new marriage law is being considered that would authorise women to marry more than one man.

Semi Ajayi is relegated after West Brom’s defeat to Arsenal.