Paula Bennett quickly became a breakout star in Parliament. But the former National Party MP opens up on the brutal leadership coup that sealed her fate.

“They needed to grow some” – Bennett’s scathing review of the National caucus and what led to one of the party’s worst ever election defeats.

In her first candid interview about the ordeal and the insult which followed, the former National MP sat down with Mātangireia presenter Maiki Sherman.

Paula Bennett is one of the most recognisable faces in recent political history.

Charismatic and hard-working, her steely determination saw her quickly rise through the ranks of the National Party.

Coveting a range of ministerial portfolios, she formed part of the inner circle to one of the country’s most popular prime ministers, Sir John Key.

The self-proclaimed ‘westie’ would also go on to serve as deputy prime minister under Sir Bill English.

Bennett’s end in politics, however, will forever be a bruising one.

A leadership challenge saw Simon Bridges tossed out by the caucus, and Bennett along with him as deputy leader.

The assessment of her caucus colleagues in the leadership coup was scathing.

“They needed to grow some,” she said.

“Too many of them had had it too easy to be quite blunt with you. They hadn’t gone through what we’d just been through in the last six months.”

Bennett said the emergence of the Covid-19 pandemic dominated headlines and made it difficult for the opposition to gain cut-through.

Some within the caucus saw an opportunity to roll the leadership.

“They needed to take a breath and just sort of work their way through it. But there were forces that were bigger.

“At some level I just thought well, Simon and I are just going to be constantly kind of undermined from within, and caucus will decide its own destiny.”

Bennett said what took place next added insult to injury.

Following the leadership change that Friday, she received an early morning call on Sunday from Muller.

“At that point he said to me, ‘I’m going to rank you really poorly, I don’t see a role for you’ and that was incredibly tough,” Bennett said.

“I deserved a degree of respect.”

Not only was Bennett dropped as deputy leader, she was also dismissed as the party’s campaign chairperson just months out from the general election.

“They made it very clear to me within 48 hours that they weren’t interested in the work I’d done and the prep I’d done for the campaign, it was all just completely thrown out the window,” she said.

“I had a study at home and I literally called it the war room.”

Bennett announced she would retire from politics at the election.

On the night itself, National recorded one of its worst election results ever.

Reflecting back on her time at Parliament, Bennett recalled her first and most controversial ministerial portfolio as minister for social development.

In particular was her regret over scrapping the Training Incentive Allowance – which she herself used as a young solo mother.

“I probably should have thought through the unintended consequences of it which made predominantly sole parents – sole mothers believe that they couldn’t go and study,” she said.

“I regret that, because they can and they should…and I would hate to think that people didn’t go and study because I’d made that change.”

A descendant of Waikato tribe, Tainui, Bennett also spoke of her Māori grandmother and the significant influence she had on the former politician. 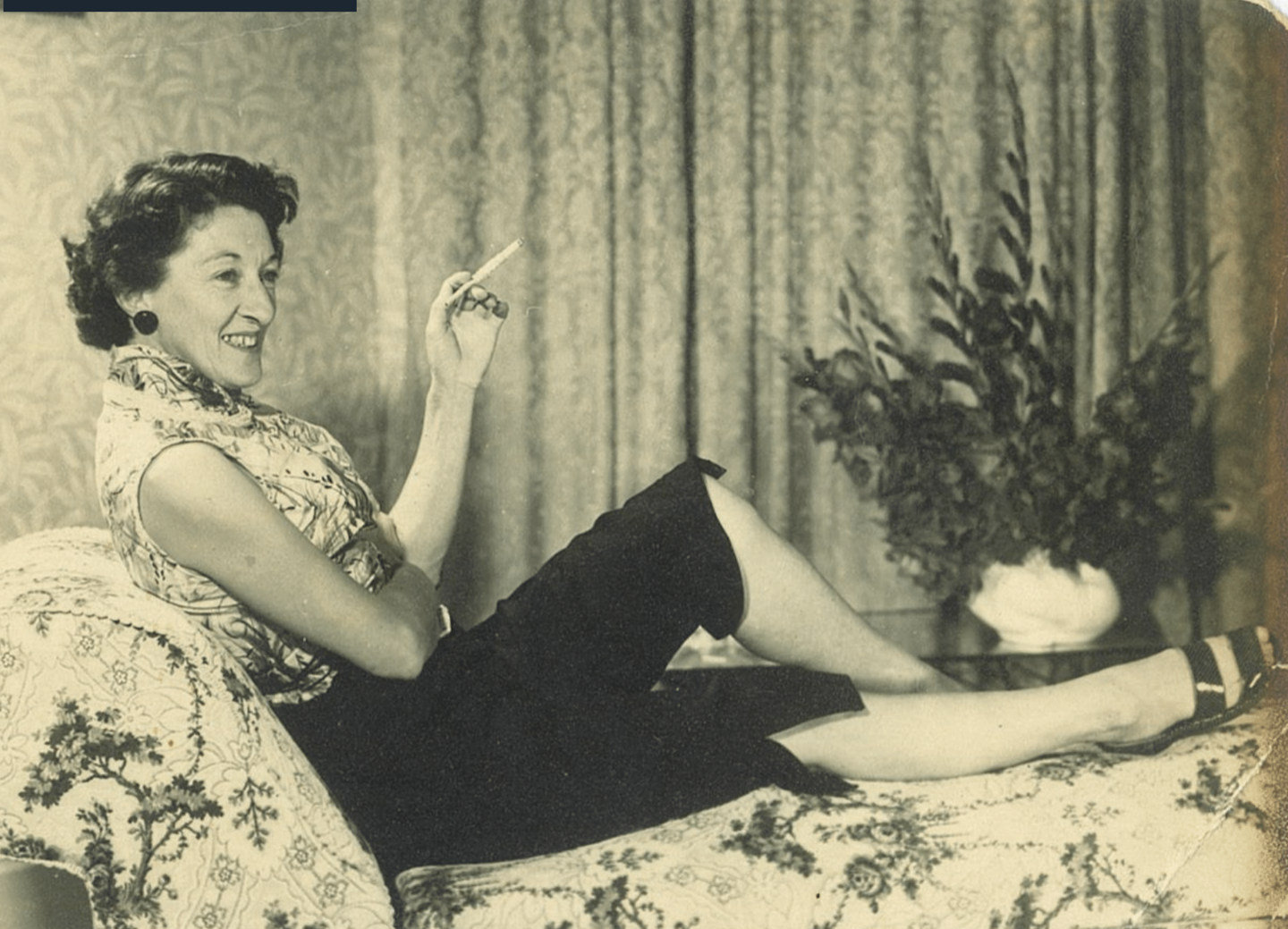 “The most fascinating woman I think I’ll ever meet in my life… a woman almost ahead of her time in many respects.

“She was very spiritual and very strong.”

Her grandmother was widely read and enjoyed listening to talkback radio often, encouraging her granddaughter to debate various topics.

“I could have a year-long debate with her about a particular subject,” Bennett said.

“She’d send me away to go and read more and come back and ‘formulate your argument better because you’re acting like a child’ and I’d think well I’m 11 you know,” she laughed.

Like many whānau Māori in the ’70s and ’80s – Bennett said while her grandmother encouraged pride in being Māori, she also stressed the importance of adapting to the western-world.

“It’s not a criticism – it’s a sign of the times that so many Māori New Zealanders have been through which was… kind of turn your back on the marae and walk this path.

“I, unfortunately, think that in some respects my whānau have seen the effects of that which has had us somewhat disengaged.”

Made with the support of NZ On Air

Mihingarangi Forbes is an award-winning broadcaster who is known for her fearless brand of journalism, never shying away from asking the tough questions and tackling the big issues.

As the Māori Affairs reporter for One News in the late 90s Forbes spent much of her time at Parliament reporting on Māori politics. ​During that time she reported extensively on the fortunes of NZ First and their clean sweep of the māori electorates in 1996.

Maiki Sherman is an award-winning senior political reporter for TVNZ’s 1news. She’s also the deputy chairperson of Parliament’s press gallery. Having worked across three television networks including Māori Television, Three, and TVNZ, Sherman has developed a reputation for breaking stories and courageous reporting.​

During her career Sherman has covered several general elections, the rise and fall of the Māori Party, Sir John Key’s National government, Hone Harawira’s failed merger with the Internet Party and the ascension of Jacinda Ardern.

In 2014 she showcased her presenting skills when she shared co-hosting duties with Mihingarangi Forbes for Māori Television’s election night coverage.​Sherman is a kōhanga reo and kura kaupapa alumni and a graduate of Te Panekiretanga o Te Reo, the invitation only academy for excellence in te reo Māori. ​

Scott Campbell is a former press gallery reporter, communications specialist and political commentator. ​During his time in the gallery Campbell was known for his fair but firm style of journalism.

He began his television career in 2004 under Three’s editor Stephen Parker before being appointed deputy editor in 2010. ​Campbell was based in the press gallery during the controversial seabed and foreshore legislation which saw 20,000 Māori march on Parliament. He reported on the rise of the Māori Party under the co-leadership of Dame Tariana Turia and Sir Pita Sharples. He also covered Don Brash’s tenure as leader of the National Party.​

Campbell left the press gallery in 2010 and is now the chief executive of Campbell Squared, a communications company based in Tauranga. He is a regular commentator for RNZ, The Hui, Newshub Nation and other media outlets.

About the production team

Annabelle Lee-Mather (Ngaai Tahu/Ngaati Kahungunu) is an award-winning journalist with 18-years experience in broadcasting. She served as an EP on RNZ’s NZ Wars series. As well as producing The Hui for Three, Annabelle is the series creator and co-producer of The Casketeers.

In 2020 Annabelle was named Editorial Executive of the year at the Voyager Media Awards.

Mihingaarangi Forbes (Ngaati Paoa /Ngaati Maniapoto) Mihingaarangi is an award-winning investigative journalist and the presenter of weekly current affairs series The Hui on Three. She began her career in the 90s as a rookie reporter at Te Karere. Since then she’s worked across a range of channels and mediums, with roles on Campbell Live, 20/20, Native Affairs, and as Māori correspondent for RNZ. In 2020 Mihingaarangi was named Best Presenter News and Current Affairs at the NZTV Awards.

Journalist Wena Harawira has a career that spans 4 decades. Harawira was just 19 years old when she became the first wahine to work on TVNZ’s fledgling Māori news service Te Karere alongside the legendary Whai Ngata.​

She went on to become the Executive Producer of news and current affairs at Māori Television where she now leads the newsroom.

Having worked in nearly every aspect of the Māori media industry, Harawira is much admired not only for her leadership and journalism but also for the many reporters she has mentored and inspired.​

in 2017 Harawira was honoured with Te Tohu a Tanara Whairiri Kitawhiti Ngata for lifetime achievement at Ngā Kupu Ora awards.

AMC is a boutique Māori production house that specialises in indigenous storytelling and content. Founded in 2019, by journalists Mihingaarangi Forbes and Annabelle Lee-Mather AMC has created NZ Wars: Stories of Waitara (RNZ) and The Hui (Three) with Great Southern Television as well as independently producing Matangireia (RNZ) and Coastwatchers: Operation Pacific (TVNZ).