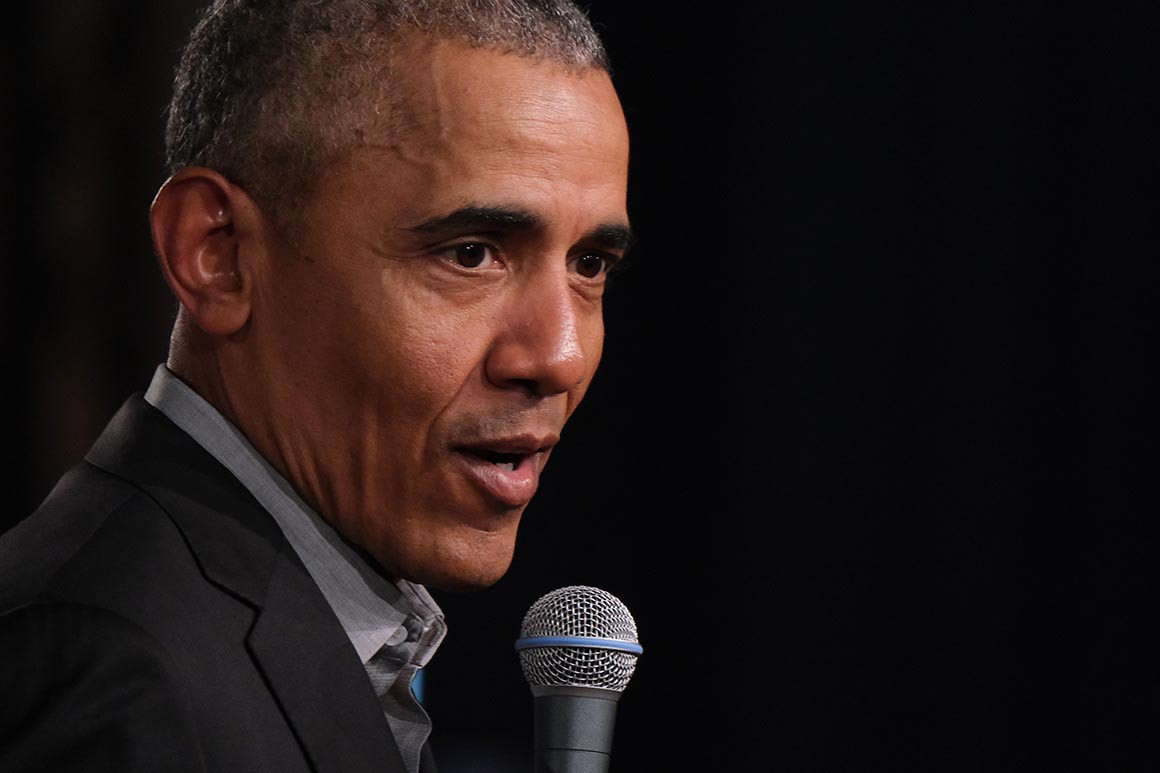 Former President Barack Obama on Monday urged those outraged by racial inequity in the justice system to make their voices heard at the ballot box, outlining the steps he said would “make this moment the turning point for real change.”

In a post on Medium, Obama acknowledged that the protests over the past week, some of which morphed into rioting, were born out of “genuine and legitimate frustration over a decades-long failure to reform police practices” and the American criminal justice system as a whole.

The unrest began a week ago when George Floyd, a 46-year-old black man, died in the custody of Minneapolis police. While four officers involved in Floyd’s death were fired a day later, only one, the officer who pinned Floyd to the ground with his knee on Floyd’s neck for nearly nine minutes, has been charged with a crime: He faces charges of third-degree murder and second-degree manslaughter. Since then, protests have sprung up in cities across the globe, and several major cities in the U.S. saw the demonstrations turn violent as demonstrators looted businesses and set fires while law enforcement deployed chemicals like tear gas and opened fire with rubber bullets.

READ ALSO:  Jacinda Ardern says NZ benefits from refugee community: 'We are the lucky ones'

The former president’s main call to action was a plea for angry citizens to exercise their right to vote. Obama said that he “couldn’t disagree more” with the notion that “voting and participation in electoral politics is a waste of time” or that only protests are able to bring about direct change to policing practices and racial inequities.

While he noted that voting in federal elections was also critical, “the elected officials who matter most in reforming police departments and the criminal justice system work at the state and local levels,” he wrote.

Voter turnout in such races is “usually pitifully low,” he added, “especially among young people — which makes no sense given the direct impact these offices have on social justice issues, not to mention the fact that who wins and who loses those seats is often determined by just a few thousand, or even a few hundred, votes.”

Obama also urged activists to level more specific demands for change to make it more difficult for local leaders to only pay “lip service” to calls for reform and revert back to “business as usual” once protests wane.

“The bottom line is this: if we want to bring about real change, then the choice isn’t between protest and politics. We have to do both,” he continued, expressing hope at heightened activism by young people, and confidence that “this moment can be a real turning point in our nation’s long journey to live up to our highest ideals.”

READ ALSO:  Boko Haram: There’s sabotage in the system that will not allow insurgency to end and Buhari needs to know - Governor Zulum

Obama also condemned the widespread violence and admonished a “small minority of folks” for agitating chaos at the protests in some cities. Those stirring violence, Obama said were “detracting from the larger cause.

The former president also commended law enforcement in some cities who supported and even joined the demonstrations.

“Let’s not excuse violence, or rationalize it, or participate in it. If we want our criminal justice system, and American society at large, to operate on a higher ethical code, then we have to model that code ourselves,” he wrote.

The former president waded into the discourse about the unrest amid accusations of a leadership vacuum at the highest levels of the federal government.

President Donald Trump has said little publicly since the violence ramped up nationwide over the weekend, weighing in with brief remarks on Saturday at a space launch in Florida and on Twitter with incendiary tweets threatening violence and pushing mayors and governors to crack down on protesters. His aides have been divided over whether Trump should address the nation in an effort to ease some of the tensions.

READ ALSO:  Republicans called her videos ‘appalling’ and ‘disgusting.’ But they’re doing little to stop her.

Obama, meanwhile, has mostly retreated from public since leaving office in 2017, emerging rarely to weigh in on just a handful of issues, including most recently his endorsement of his former vice president, Joe Biden, and his criticism of the Trump administration’s handling of the coronavirus pandemic. He broke his silence on Floyd’s death on Friday with a statement detailing his “anguish” over police killings of black Americans.