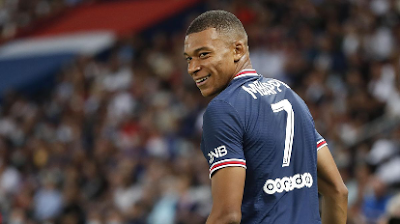 This summer, Madrid saw two bids for Mbappe rejected by the Ligue 1 giants.

With the 22-year-old nearing the end of his current contract, there has been speculation that he could join Los Blancos as a free agent.

But Fayza has now said Mbappe could end up staying in France.

“We are currently in talks with PSG and things are going well.

“I was even with Leonardo last night (Monday). After that, will we come to an agreement? One thing is certain: he will give his all until the end to win the Champions League.

“Kylian needs to be fulfilled. If he’s unhappy, he’s able to tell you: I’m quitting my career.

“And he often tells us that by the way. With Kylian, everything can change overnight,” Fayza Lamari, who handles her son’s business interests, told Le Parisien.

David Beckham has agreed to a £150 million contract to be the face of the Qatar 2022 World Cup.

Two suspects have been arrested in Benue for the rape and murder of a 24-year-old prospective corps member.

Maria of BBNaija allegedly refuses money and gifts from her fans

After 10 days in captivity, an abducted Umuahia Catholic priest is released.