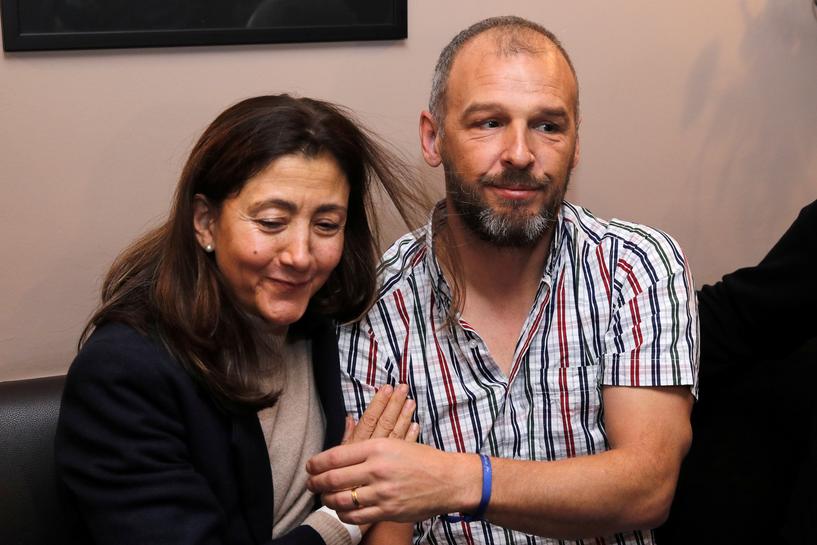 French aid worker Sophie Petronin, who was kidnapped by jihadists in Mali in late 2016, has been released, her family said on Tuesday.

Malian and French authorities have neither confirmed nor denied that she has been released, or that talks about her potential release were ongoing.

“She is on the way to Bamako. Even if French authorities have not officially confirmed it yet, we the family tonight can rejoice in her liberation,” Petronin’s nephew, Lionel Granouillac, said on BFM television from Paris.

Earlier on Tuesday, Petronin’s son, Sebastian Chadaud-Petronin, said he was flying to the West African country ahead of her possible release.

Chadaud-Petronin, however, was more cautious than the nephew and told Reuters in Bamako that it was still too early to celebrate and that it was not clear whether she had indeed been handed over by her captors.

Petronin, who is in her 70s, was set to be freed along with opposition leader Soumalia Cisse in exchange for the release of scores of suspected Islamist insurgents by the Malian authorities, three sources told Reuters on Monday.

The French army and foreign affairs ministries did not immediately respond to requests for comment.

Islamist gunmen abducted Petronin in December 2016, in the northern Malian city of Gao, where she ran a charity for malnourished and orphaned children, while Cisse was abducted in March.

Bitcoin Worth $97M from 2016 Bitfinex Hack on the Move

In the post-COVID-19 economy, bitcoin theft might rise: research