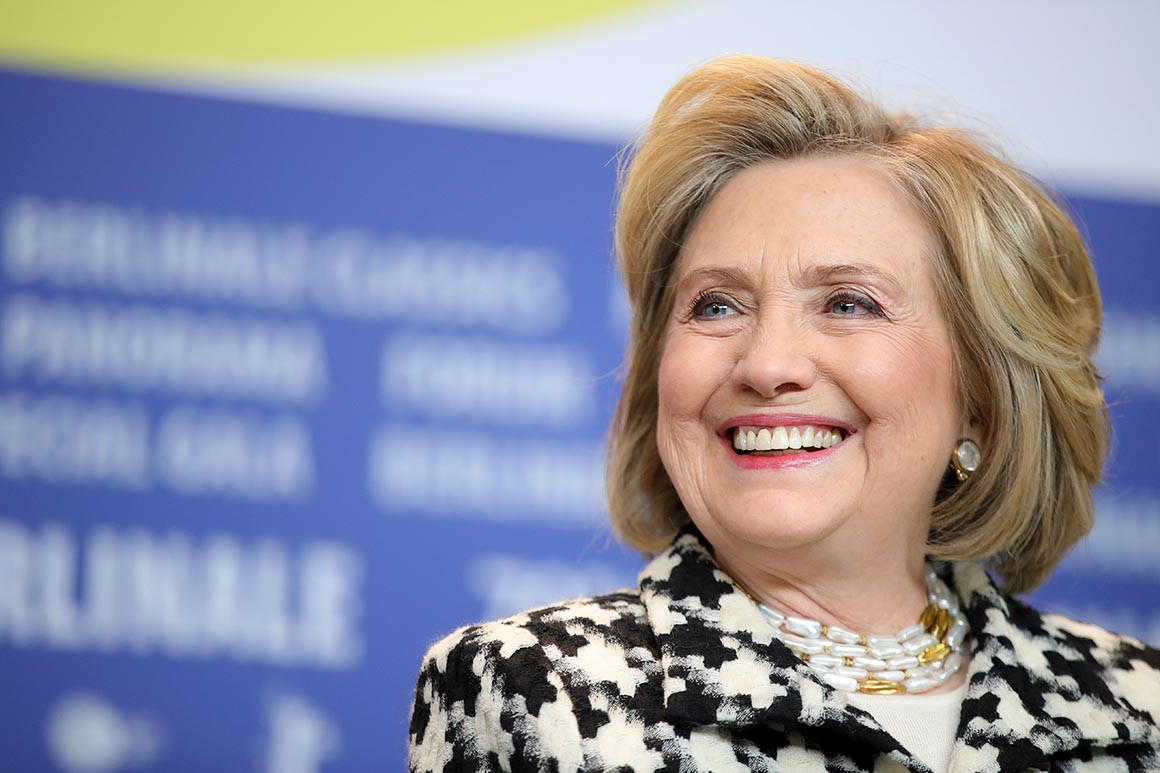 Clinton raised the money during a Zoom fundraiser Tuesday. It was more than any Biden surrogate has collected at a single event without the candidate present, according to campaign and party officials. Unlike at prior Biden campaign events, though, donors were allowed to give far more money because their checks were going to a new joint committee between the Biden campaign and Democratic National Committee.

The campaign and DNC last week began working fully in unison, which President Trump and the GOP have been doing for years.

But Biden’s campaign, which once had trouble raising money, has begun raking in serious money lately. He almost matched Trump’s fundraising last month, even as the candidate remains sequestered at home during the coronavirus pandemic and his campaign holds virtual fundraisers.

But Trump and his operation, which include affiliated joint fundraising committees, has significantly more money stored away in bank accounts.

The Trump operation said it had over $255 million in cash on hand at the end of last month, and new filings with the Federal Election on Monday reveals that Biden has much less.

Between Biden and the DNC, Democrats have $97.5 million in the bank. Biden’s reelection campaign may have a bit more money squirreled away in a recently created joint fundraising committee, but a spokesperson for the DNC declined to provide details on the joint fundraising operation’s finances.

Virtual events pull in less money compared to traditional in-person ones. But Clinton’s event and another the night before aimed at Jewish donors, which raised $1.5 million, has encouraged the Biden campaign.

“It’s a different world. But we’re learning and we’re getting it done,” said Michael Adler, a Miami-based Biden adviser and donor who has known the candidate since 1972 and hosted the Jewish community fundraiser that featured the former U.S. ambassador to Israel, Dan Shapiro.

Said a donor who bundled thousands of dollars of checks from the Clinton fundraiser: “Biden’s getting the hang of this. And Hillary showed she still has a lot of firepower.”

Clinton appeared with DNC Chairman Tom Perez, who warned donors in attendance that Republicans will try to suppress votes, cheat and solicit foreign interference in the election. Clinton was also critical of Trump but acted more the part of stateswoman as she opined about Biden’s position as the Democratic standard bearer, which she was in four years ago.

In one question from a donor about Biden’s future running mate, Clinton explained the candidate would have to be ready to be president on Day One and needs to have a friendship with Biden. But there’s another factor, Clinton said, after considering those questions.

While Clinton’s fundraiser for Biden was big, Democratic party officials say they expect to raise even more with former President Barack Obama, perhaps in the summer. Obama, who endorsed Biden last month after his former vice president became the presumptive nominee, has already helped his former running mate raise money after his endorsement.

But the former president’s star power in the Democratic Party can pull in far more, a top Democratic official said.

“Obama is the kind of person who can make any Democrat give twice,” the official said.

The $288K BTC price is still ‘in play,’ according to PlanB, as Bloomberg advocates for Bitcoin halving.

What you should know if your bank has a Bitcoin exposure.

MATIC, Chainlink, Polkadot: Should you purchase these alternatives right now?

Update on the XRP lawsuit: Here’s the catch to the SEC’s “willingness” to cooperate with requests.