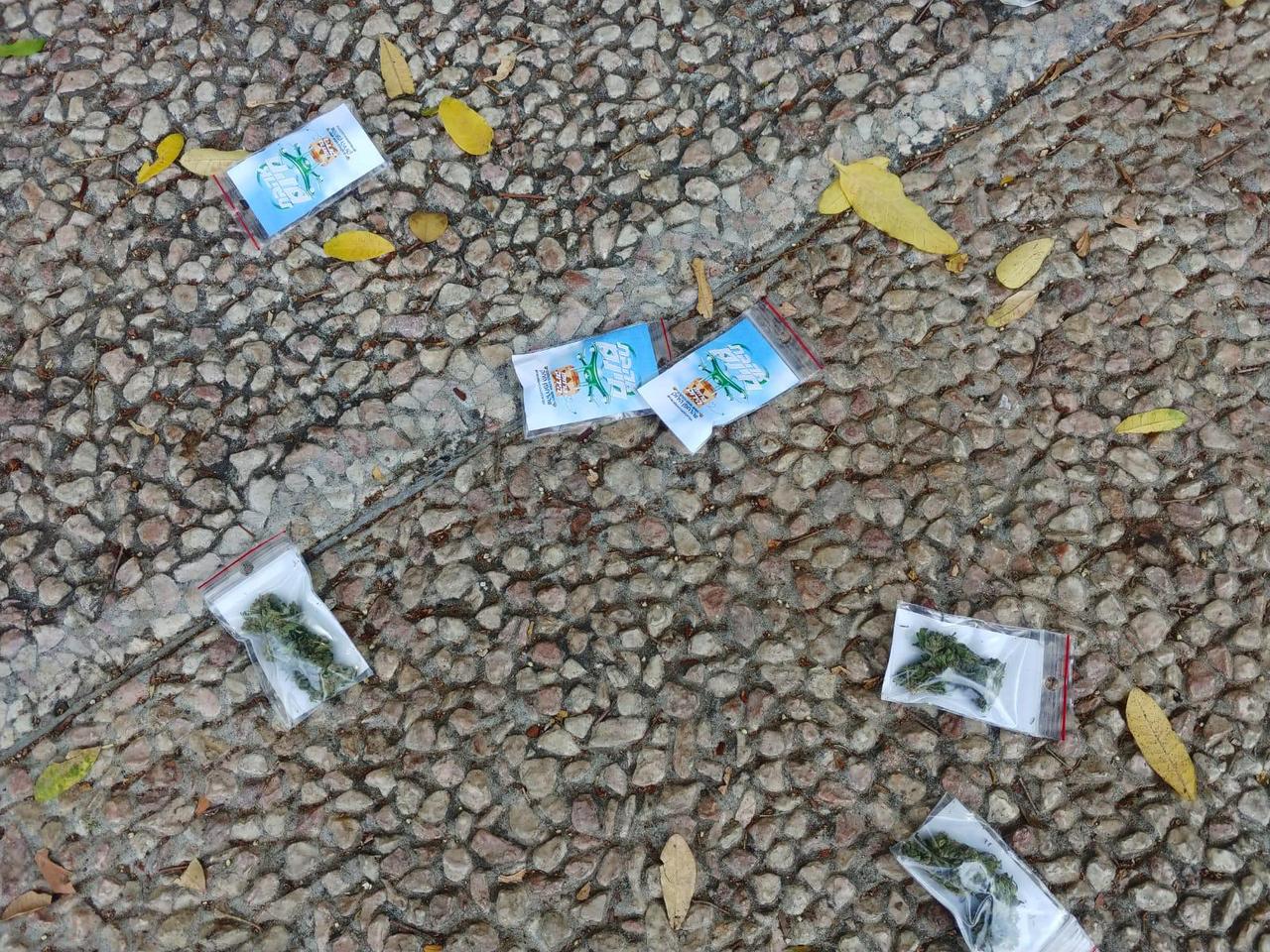 A drone dropped packets of what looked like cannabis over a main square in Tel Aviv on Thursday after activists seeking to legalize the drug in Israel promised free weed from the air on social media.

Police said they arrested two men who operated the quadcopter that flew over Rabin Square, a site often used for street protests and political rallies.

“The time has come,” the Green Drone pro-legalization group said on its Telegram web messaging channel. “Is it a bird? Is it a plane? No, it’s the Green Drone sending you free cannabis from the skies.”

In a statement, police said they suspected the baggies were filled with “a dangerous drug” and that officers managed to recover dozens of them. Photos distributed by the police showed what appeared to be cannabis inside.

The Maariv news website, which carried photos of the drone dropping the packets, said passersby took some of them before police arrived. Footage showed people walking through busy traffic to pick up packets that had fallen on a road.

Currently, medical use of cannabis is permitted in Israel while recreational use is illegal but largely decriminalized.

In May, Israel gave approval for exports of medical cannabis, paving the way for sales abroad that the government expects to produce hundreds of millions of dollars in revenue.