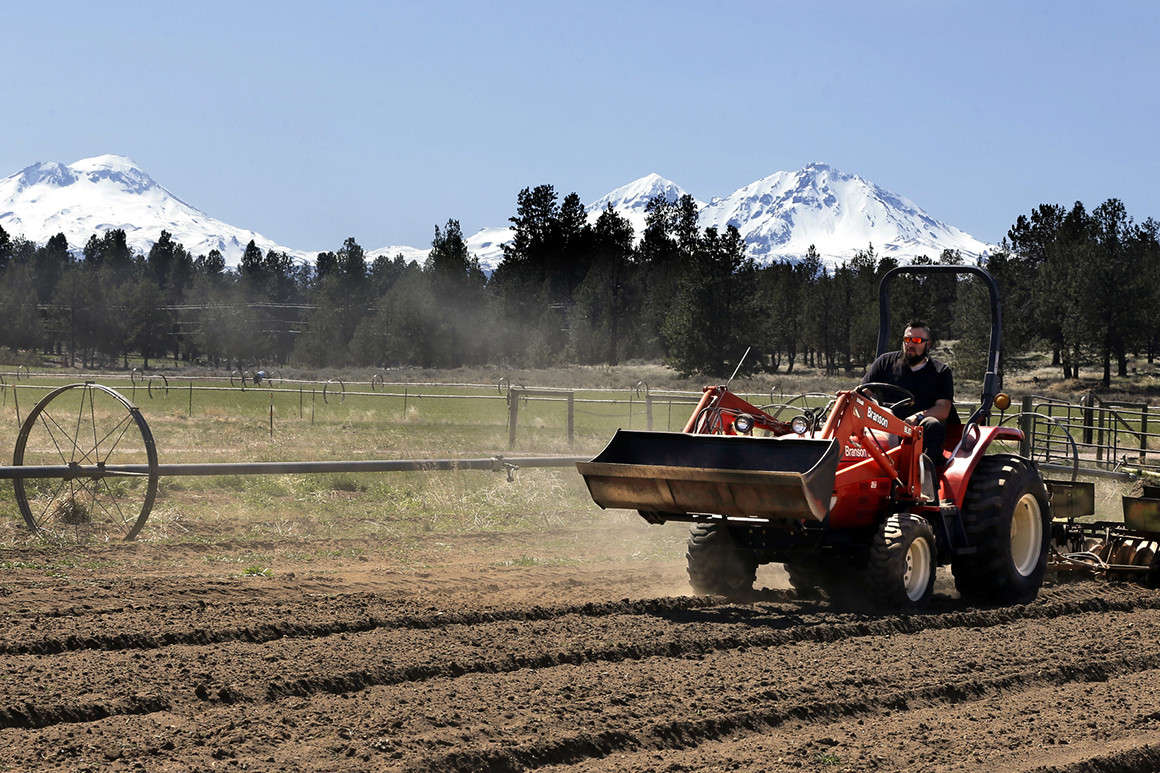 But the crop he championed in an attempt to boost ailing agriculture is at a low point.

Farmers and manufacturers who wanted to capitalize on the frenzy around CBD, which comes from hemp, were lured into the industry after Congress passed the 2018 farm bill. It legalized cultivation of the crop, a low-potency sibling of marijuana. Hemp acreage in the U.S. more than tripled from 2018 to 2019. McConnell was a driving force behind legalization.

But the boom has quickly turned into a bust.

“I hope that hemp will be for us some day what tobacco was at its peak,” McConnell told the crowd.

But his hope has so far failed to materialize as the industry struggles on several fronts: The gold rush mentality led to an oversupply, tanking wholesale prices. CBD remains unregulated by the FDA. Consumers are left with conflicting messages about the legality of hemp products while unscrupulous businesses tout CBD as a potential treatment for every illness under the sun, including the coronavirus.

States have written their own jumble of rules to contain the mess. The decline in investor interest in the cannabis sector last year led to financial troubles for businesses focused on expansion over profitability.

“We had really a perfect storm,” Minnesota hemp farmer John Strohfus said. “We had oversupply … and then we had the unfortunate issue of impotence really on the part of the FDA.”

All of those factors are hurting the very farmers hemp legalization was supposed to help.

“There are ongoing conversations with the FDA on CBD products,” McConnell said on the Senate floor last October. His office referred to his past comments and actions in response to questions from POLITICO.

Nothing has materialized, however.

Industry advocates still believe hemp has a bright future. But many producers and farmers are struggling to pivot to non-CBD uses of hemp, such as fiber and grain.

“We hope that hemp is not defined just by CBD alone,” Colorado hemp farmer Dion Oakes said. “That’s just one of countless products you can make from this plant.”

The 2018 farm bill legalized both hemp crops and extracts of hemp, seemingly opening up a federally legal market for CBD products.

There was a “clear expectation” after the farm bill passed that hemp-derived CBD was a new, legal commodity, said Jonathan Miller, general counsel for U.S. Hemp Roundtable.

READ ALSO:  According to a survey, 20% of adults in the United States would avoid emergency care in the event of a pandemic.

But soon after the bill passed, the FDA made clear that CBD products violated the federal Food Drug & Cosmetic Act — essentially rendering them illegal. The agency hasn’t offered any regulatory clarity for CBD products that are now widely available everywhere from gas stations to grocery stores.

In December, McConnell touted hemp provisions in the 2020 appropriations package, including a measure encouraging the FDA to issue formal guidance.

So far, all that’s materialized from the provision is a March report from the FDA to Congress stating that the agency is “actively evaluating” CBD regulations.

“We are working toward a goal of providing additional guidance, and have made substantial progress,” said Amy Abernathy, principal deputy commissioner of food and drugs for the FDA, in a statement. “We remain steadfast in our effort to obtain research, data, and other safety and public health input to inform our approach.”

“[British authorities] made that conclusion based on the same science that we’re all seeing,” said Miller. “While [the FDA] fails to act, there are thousands of products out in the marketplace … that might not be safe for American consumers.”

The lawmaker who was key to passing hemp legalization, some industry advocates say, seems to be missing from the debate in recent months as they clamor for regulatory clarity that could help stave off the economic downturn for the industry.

“McConnell was a leader in this space. Previously, it gave me a lot of hope,” said Jim Higdon, co-founder of Kentucky-based CBD brand Cornbread Hemp.

Many CBD producers, especially in Kentucky, seemed to be counting on McConnell’s influence and FDA regulation.

“I haven’t seen him around lately. I hope it’s just because he’s been swarmed with higher priorities,” said Higdon, adding that he hopes access to banking and capital and fast-tracking FDA regulations remain a priority for the senator.

In January, Rep. Collin Peterson (D-Minn.) introduced a bill to regulate CBD products like dietary supplements. But the chances for such legislation are close to zero in the middle of the public health crisis. Hemp advocates are focused on inserting similar language in a coronavirus package, arguing that it could help boost an industry without additional costs to the federal government.

READ ALSO:  Trump is still looking for a DACA deal

Hemp farmers like Strohfus say retailers are interested, but the lack of FDA rules are scaring them away from hemp products even when they don’t contain any CBD.

His farm saw interest from large retailers that were ready to sign agreements for cold-pressed hemp seed oil — a food product that doesn’t contain any CBD or THC. The retailers ultimately got cold feet.

Strohfus offered to provide them with testing to show the product did not contain any CBD. “They said, ‘Yeah, yeah, we understand that. But you know, our lawyers are nervous about this,’” he recounted.

“Everyone will blame the lack of regulations,” said Bethany Gomez, managing director at Brightfield Group. “Certainly the market would be larger if there were regulations.”

But according to Gomez and others in the industry, the surge in interest after the farm bill passed helped contribute to the economic troubles facing the industry.

“This is Econ 101. The market can only support so many people,” she said.

Colorado is home to one of the most mature hemp programs in the nation, legalizing the crop well before the federal government. Hemp was legalized along with marijuana by voters in 2012. But state agriculture officials saw a similar rush into the industry after the 2018 farm bill.

“Last year, there was a definite glut in production,” said Greenberg, who saw a spike and fall in hemp prices. Longtime farmers expressed interest in hemp, along with those with no experience in agriculture, amid the promise of a new, federally legal market.

“Everybody and their mom and dad … jumped in just to grow CBD,” said Oakes, the Colorado hemp farmer. “We saw it crash the market.”

In 2018, there were roughly 78,000 acres of hemp cultivated in the U.S, according to cannabis market research firm Brightfield Group; last year it was 285,000 acres.

Prices for CBD dropped 15 percent each month since last summer.

What the future holds for hemp

Hemp isn’t just good for extracting CBD, though. The crop has many potential industrial uses, including textiles, building materials, plastics and more.

“Last year there wasn’t a market for non-oil [crops] at scale,” Greenberg said. “I have hope that [fiber] will provide a sustainable marketplace.”

But growing hemp for industrial uses has its own challenges, especially with the lack of infrastructure in the U.S. for processing industrial hemp.

Entrepreneur Brianna Kilcullen, who started the hemp towel company Anact, initially tried to find manufacturing partners in the U.S. But the lack of infrastructure and unfamiliarity with hemp led her to partner with a facility in Weifang, China.

“There’s a lot of negative stigma on China,” said Kilcullen, who credits the country for investing in hemp genetics and fiber processing capabilities. She advocates for partnering with companies in China in order to expand the U.S. market for hemp fiber.

“[American] farmers aren’t going to invest unless they know there’s a market,” she said. “It’s our job to create a market.”