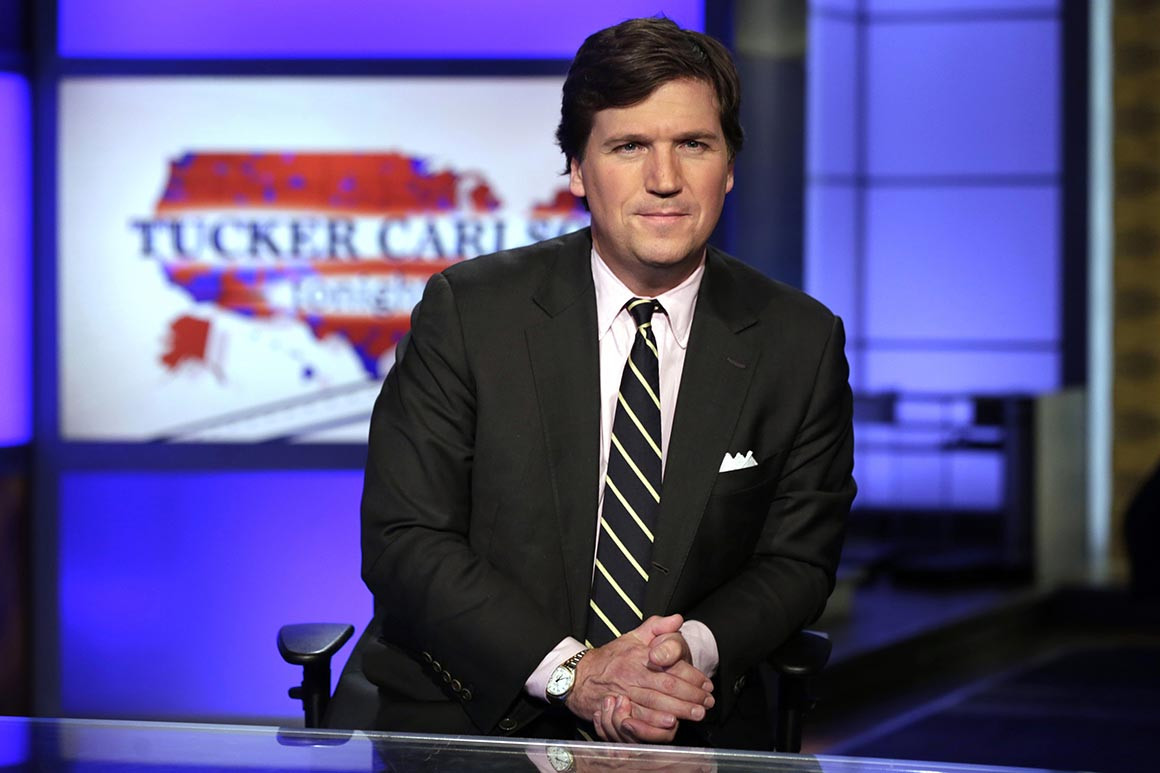 Tucker Carlson, the Fox News host, expressed dismay at President Donald Trump’s leadership on Monday, criticizing the president’s handling of mass protests that have engulfed cities across the country and singling out an influential member of his family.

Carlson, who often uses his show to ardently defend the president and attack Trump’s foes, lambasted the nation’s leaders across the political spectrum for letting protests get out of hand. He also went after Jared Kushner, saying “no one has more contempt” for the president’s supporters than Trump’s son-in-law and senior adviser. He accused Kushner of breaking starkly from Trump’s platform and talking Trump out of taking decisive actions.

Demonstrations have sprung up across the country after the death of George Floyd, a black Minnesota man who died after a white police officer pushed his knee into Floyd’s neck as he lay on the ground, and held the position for over eight minutes.

Protesters in Washington have since repeatedly gathered in Lafayette Square, across from the White House, facing off with heavily armed law enforcement officers. A Fox News reporter was also chased out of the area by protesters, which Carlson vehemently condemned.

Amid heated altercations between protesters and the Secret Service and local police, the White House temporarily went on partial lockdown last week, and Trump reportedly took shelter in a White House bunker.

READ ALSO:  US faces crossroads in Iraq with threat of embassy closure

“If you can’t keep a Fox News correspondent from getting attacked directly across the street from your house, how can you protect my family?” Carlson said on his show. “How are you going to protect the country? How are you trying?”

He continued: “On Twitter the next morning, the president reassured America that he and his family were just fine. The federally funded bodyguards had kept them safe. He did not mention protecting the rest of the nation, much of which was then on fire. He seemed aware only of himself.”

Carlson also evoked Nero, who — according to legend — fiddled idly as Rome burned, implying Trump would be remembered similarly if he didn’t take decisive action to contain the protests. Still, Carlson acknowledged Trump’s Monday evening news briefing, where he promised a display of force if governors and mayors did not rein in the demonstrations.

Trump and Kushner weren’t Carlson’s only targets on his Monday show. The Fox News host took broad swipes at state and local leaders, as well, for supporting the protesters. Though many elected officials have spoken in support of demonstrators’ demands for racial justice, several cities have imposed curfews with additional force from the National Guard.

Kushner was also just one of some unnamed “key advisers” who Carlson said “don’t seem to understand … the gravity of the moment,” not only for the country but also for Trump’s reelection prospects.

“‘No matter what,’ they’ll tell you,” Carlson said of a handful of advisers around the president, “‘our voters aren’t going anywhere. The trailer parks are rock-solid. What choice do they have? They’ve got to vote for us.'”

He continued: “Jared Kusher, for one, has made that point out loud. No one has more contempt for Donald Trump’s voters than Jared Kushner does.”

Carlson added that Trump’s reelection was at risk unless he shored up his response to the protests.

“The first requirement of leadership is that you watch over the people in your care,” Carlson said. “Donald Trump is the president. Presidents save countries, and that’s their job and that’s why we hire them. It’s that simple.”

The White House did not immediately respond to a request for comment.

A man shares a letter written by his mother to his father in 1993 to apologise for offending him.

Tiwa Savage, a singer, was spotted blowing off steam at Davido’s son’s party amid the tape controversy (Video)

Zodwa Wabantu, a pantless dancer, allows fans to dip their hands between her thighs as she performs in a skimpy see-through piece (video)

State pardon granted posthumously: “My father and his coworkers must be exonerated, not absolved. They were not guilty “- The daughter of Saro Wiwa

Tonto Dike and Pero Adeniyi were photographed together in Abuja.

You can’t be living with a married man in Dubai and have the audacity to threaten his wife in Nigeria – Actress Iheme BBNaija’s Maria is singled out by Nancy.