The “English Premier League” is currently trending on Twitter and this is after Ramon Olorunwa Abbas a.k.a. â€œRay Hushpuppiâ€ was accused of conspiring to steal Â£100 million from a club in the UK.

The Federal prosecutors who filed a criminal complaint on June 25, alleged that Hushpuppi is “one of the leaders of a transnational network that facilitates computer intrusions, fraudulent schemes (including BEC schemes), and money laundering, targeting victims around the world in schemes designed to steal hundreds of millions of dollars”.

In a statement released by the US Department of Justice, the suspected Nigerian fraudster was accused of conspiring to launder hundreds of millions of dollars from other fraudulent schemes and computer intrusions, including one scheme to steal Â£100 million (approximately $124 million) from an English Premier League soccer club. Read here

The suspected Nigerian fraudster who was recently extradited from Dubai to the United States made his first court appearance this morning in Chicago, and he is expected to be transferred to Los Angeles in the coming weeks.

If convicted of conspiracy to engage in money laundering, HushpuppiÂ Â would face a statutory maximum sentence of 20 years in federal prison.

Read their tweets below 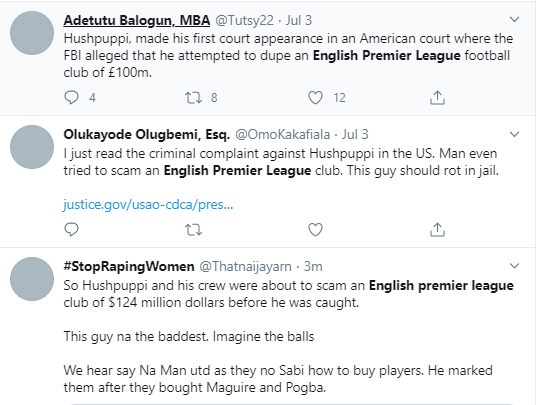 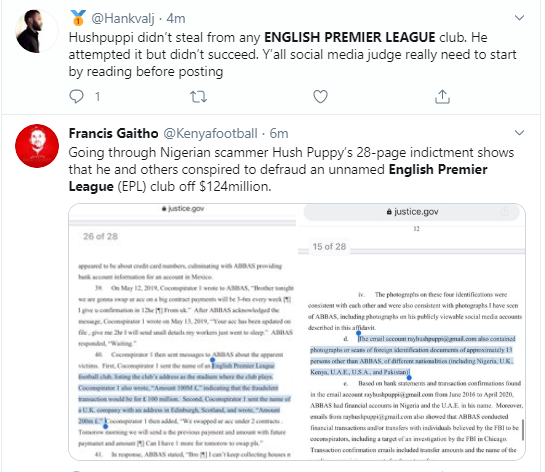 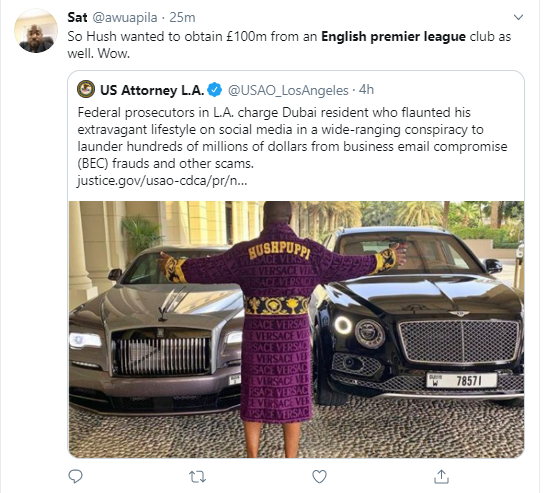 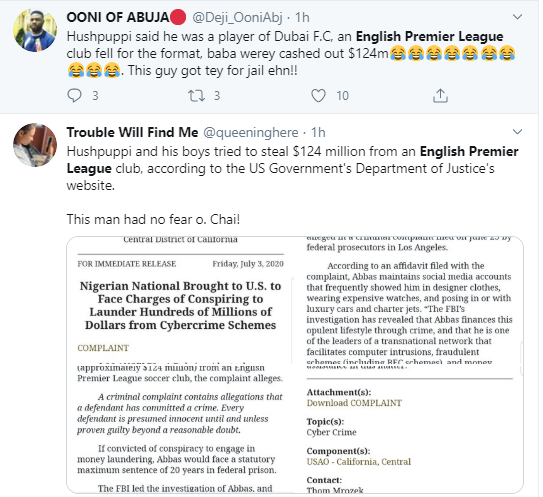 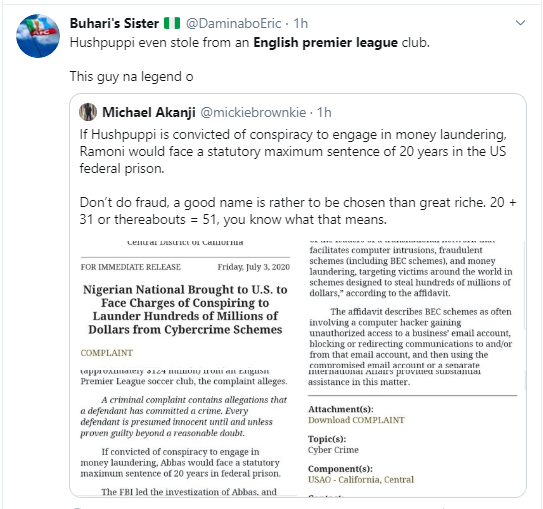 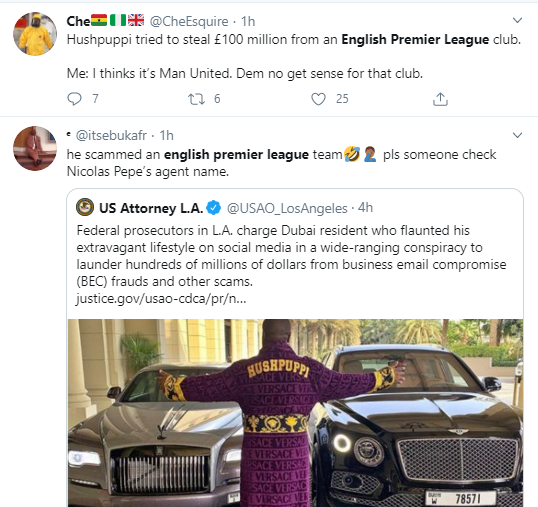 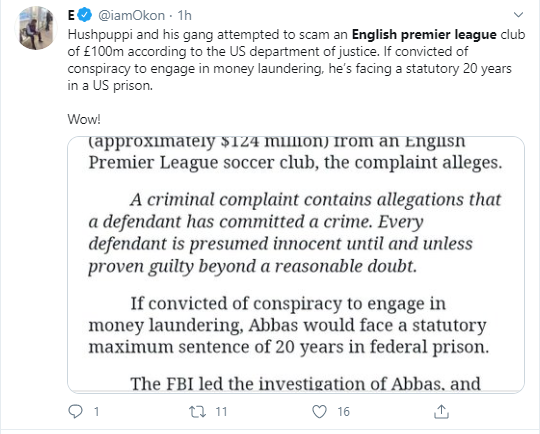 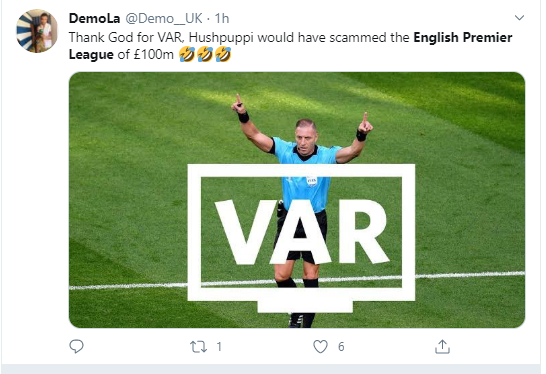 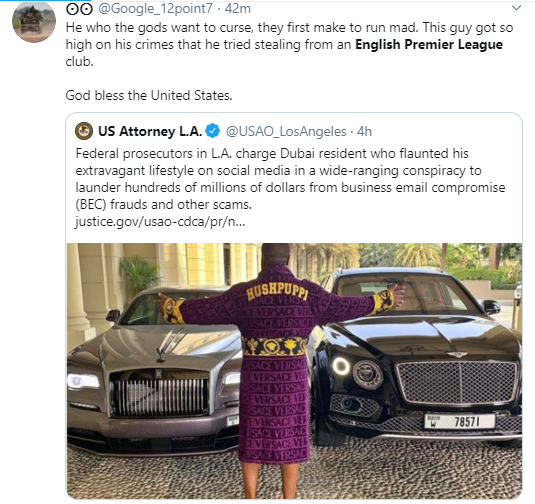 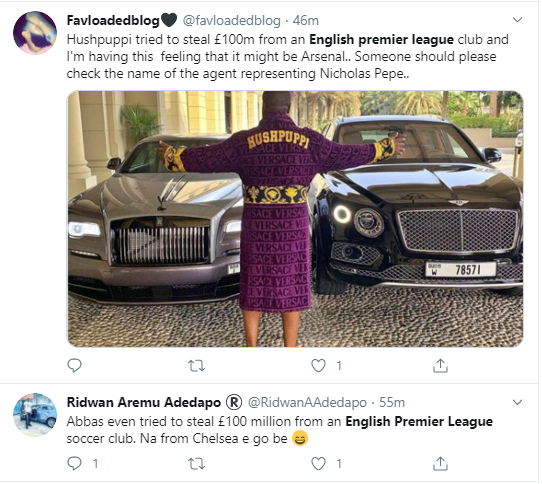 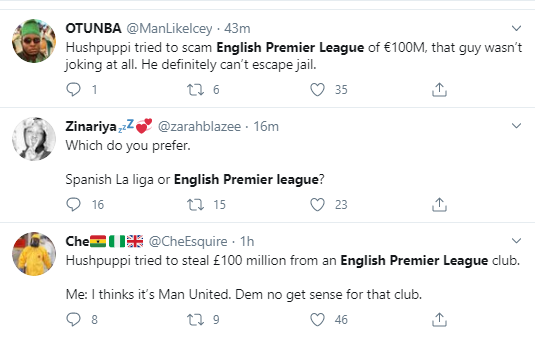 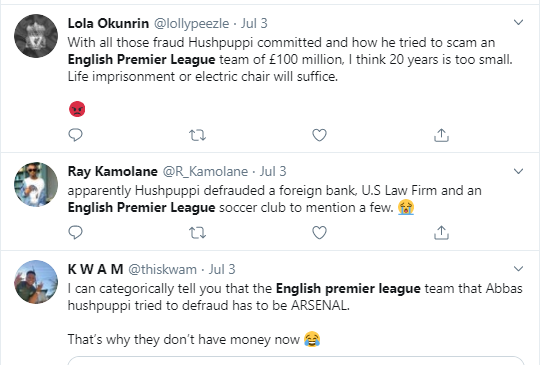 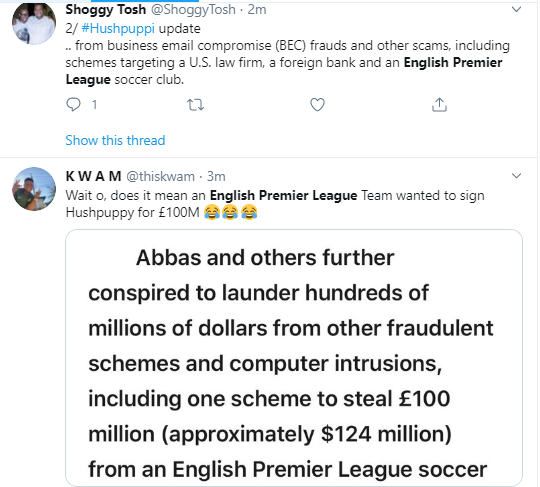 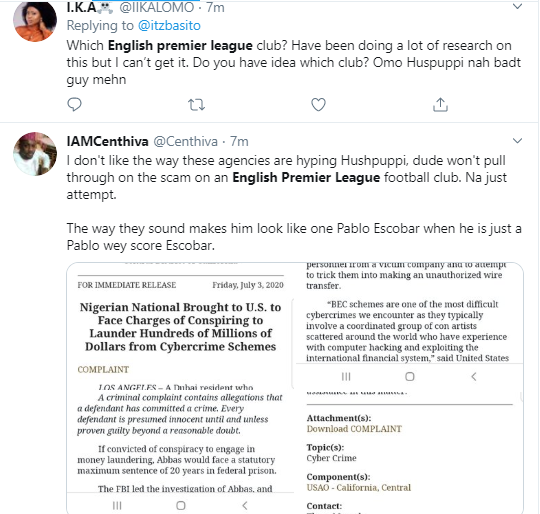 Eniola Badmus, an actress, is moved to tears by a young boy.

Linda Ikeji’s film ‘Dark October’ is about the lynching of the ALUU four.