That day in February, in hindsight, was a pivotal day in Trump’s presidency. 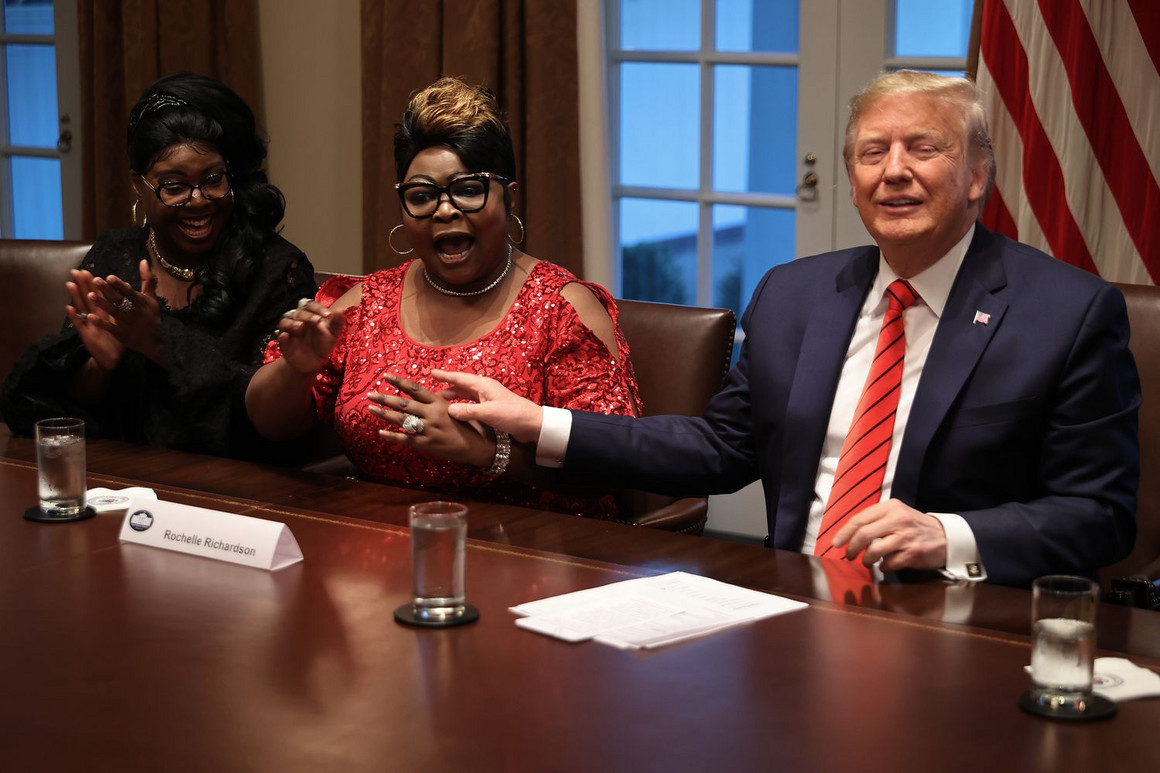 Feb. 27, 2020, dawned much like any other day of Donald Trump’s presidency.At the time, the novel coronavirus had only recently officially arrived on U.S. soil, but stocks were rattled by the worsening pandemic. A historic peace deal with the Taliban was still days away, the embers of impeachment were still lingering in the air and eight major candidates were still viable contenders for the Democratic presidential nomination.The president’s public schedule for the day was typically sparse. He fired off his first few tweets beginning just after midnight, endorsing a GOP congressman and commenting on reform efforts on the Foreign Intelligence Surveillance Act. He was due to hold an intelligence briefing at 2:30 p.m., in keeping with his preference for afternoons. In the evening, he and Melania were hosting a reception for African American History Month. Vice President Mike Pence was scheduled to speak at the Conservative Political Action Conference.

We now know that the President’s Daily Brief, a daily summary of high-level information and analysis on national security issues, contained some startling information: Russia, some in the intelligence community had concluded, had offered to pay bounties to the Taliban for attacks on American soldiers. That finding, though still disputed by the White House, has set off a firestorm in Washington — with anonymous officials accusing the administration of dithering and lawmakers demanding answers.

Here’s what was happening around the White House on Feb. 27, a date that turned out to be more fateful than the president likely imagined when he woke up that morning:

Trump, who had just returned home from India the day before, was active on Twitter until just after 1 a.m., reposting Republican lawmakers’ concerns about an upcoming vote to reauthorize domestic spying powers, accusing members of the Obama administration of spying on his 2016 campaign and promoting his rally planned for the next day in South Carolina.

Feb. 27 was a Thursday, and only two days later Secretary of State Mike Pompeo would put pen to paper on a historic peace agreement with the Taliban, setting up a conditional withdrawal of all U.S. troops from Afghanistan and (officials hoped) bringing to an end America’s longest war. On the same day, the Pentagon began to issue its first travel restrictions for Department of Defense personnel in the Middle East due to coronavirus concerns.

Late in the morning, the White House announced that Dr. Deborah Birx, a global health official leading the U.S. response against HIV/AIDS, would become the administration’s coronavirus response coordinator. The appointment came just a day after Pence was picked to lead the White House coronavirus task force over Health and Human Services Secretary Alex Azar and after the White House had denied reports that it was looking to shake up the administration’s response team. And it came in the wake of a stark warning that week by Nancy Messonnier, a top official at the Centers for Disease Control and Prevention, that as the virus spread throughout the country, “disruption to everyday life might be severe.”

At a briefing that afternoon formalizing Pence’s assumption of command, the vice president turned to Anthony Fauci, the nation’s top infectious disease expert, and said, “Let me conclude by saying our best estimate is that the threat to the American public, Dr. Fauci, remains low.”

“This virus has adapted extremely well to human species,” Fauci cautioned. “This one has the capability of spreading readily from human to human.” He noted that the mortality rate for Covid-19, the disease caused by the new coronavirus, was higher than that of seasonal influenza. “We are dealing with a serious virus,” Fauci said.

At some point in the afternoon, the president met in the Oval Office with the stars and creators of “FBI Lovebirds: UnderCovers,” a “verbatim theater” production based on thousands of anti-Trump text messages recovered by the FBI last year from the cellphones of the former Trump-Russia investigators Peter Strzok and Lisa Page.

According to a press release, Trump met with Dean Cain and Kristy Swanson, who play Stzrok and Page, along with playwright Phelim McAleer and producer Ann McElhinney to “discuss the importance of the play” ahead of a live performance at CPAC that was scheduled for 3:45 p.m.

Historically bad day for the Dow

Meanwhile, stocks continued to plummet throughout the day, with the Dow falling 1,191 points in what was — at the time — its largest single-day point drop ever. The Dow finished the day in correction territory a day before the stock market would wrap up its worst week since the 2008 financial crisis.

As each person went around the table and lavished praise on the president, Trump touted his administration’s work on criminal justice reform, including a wave of recent pardons and commutations, his signing of a bill securing federal funding for Historically Black Colleges and Universities for the coming decade and the opportunity zone initiative included in the 2017 GOP tax bill.

He also talked about the coronavirus, offering a rosy prognostication that is far from what has played out in the months since.

Trump called the 15 confirmed cases at the time a “miracle,” touting the

“incredible achievement” of the country in fending off the disease, which was crippling China and Italy, and complaining that he hadn’t received enough credit from the media for his administration’s handling of it.

“If we were doing a bad job, we should also be criticized. But we have done an incredible job. We’re going to continue. It’s going to disappear,” he predicted. “One day — it’s like a miracle — it will disappear.”

The president quickly couched his prediction by highlighting the uncertainty surrounding the virus.

“And from our shores, we — you know, it could get worse before it gets better. It could maybe go away,” he added. “We’ll see what happens. Nobody really knows.”

At a formal reception later at the White House, Trump was greeted by more cheers of “four more years” and delivered a speech touting the accomplishments of prominent African Americans and pledging to support the Black community.

“In every field, every generation, and every calling, African Americans have lifted up our nation to new heights and, like all citizens, you’re entitled to a government that puts your needs, your interests and your families first,” he told the gathering.

Trump recognized a young Eagle Scout, whom he presented with an American flag flown on board Marine One, and civil rights icon Gertrude Jane Holliday Stone. Trump also brought up Mike Lindell, the white founder and CEO of MyPillow and the head of Trump’s campaign operation in Minnesota, joking that he would recommend against buying Lindell’s products if he lost the state again in November.

The president repeated his earlier points about his administration’s accomplishments for the Black community, declaring that “the progress you’ve made over the last three years is also record setting.”

After a brief update on coronavirus at the beginning of the event, Trump returned to it only briefly during his remarks, telling the crowd, “We’ll get this one problem.”

Ending the day as it began

Just before 9 p.m., the president took to Twitter again to amplify an accusation that CNN was “doing whatever it can to stoke a national Coronavirus panic.” At the time, there were only 15 confirmed cases of the virus in the U.S., compared with more than 2.6 million cumulative cases now.

Trump also accused Democrats of becoming distracted from potentially focusing on the burgeoning outbreak sooner because of the Senate impeachment trial, which had wrapped up several weeks earlier.

After thanking Pence and the CDC for their leadership on the coronavirus, the president mocked former New York Mayor Mike Bloomberg over his presidential campaign, retweeted more criticism of media coverage of the outbreak, and then finished his night by thanking Diamond and Silk for their praise of him at the White House earlier.