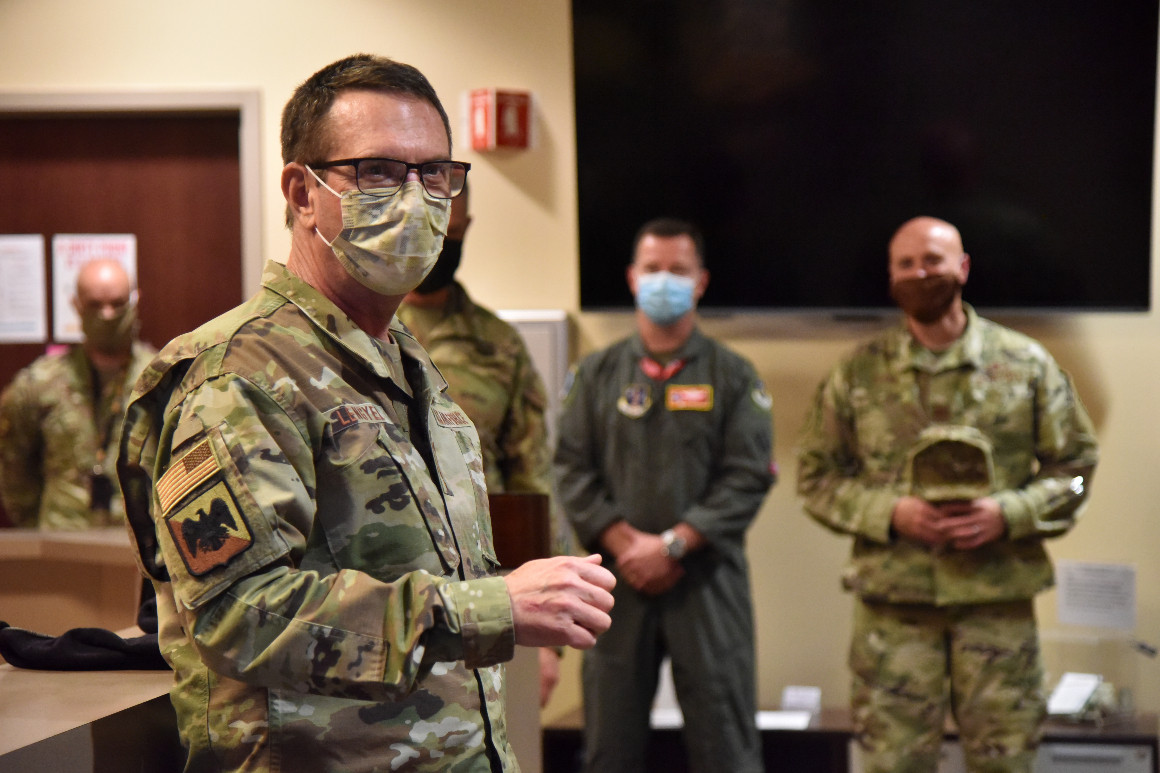 Defense Secretary Mark Esper said he supports extending the National Guard’s federal deployment for coronavirus relief past the planned June 24 cutoff if needed to fight the pandemic. The chief of the National Guard Bureau went even further, telling POLITICO on Friday that he has recommended President Donald Trump extend the deployment until at least the end of July .

“The mission is not done yet,” National Guard Chief General Joseph Lengyel told POLITICO Friday. “The one thing we know for sure is that this mission is going to continue beyond the 24th of June.”

More than 40,000 Guardsmen are performing crucial tasks in almost every state and federal territory, including contact tracing and deep-cleaning nursing homes, shoring up underfunded and understaffed public health departments. The White House must approve any extension of the deployment, and Trump has not yet said he will do so, although he faces rising bipartisan pressure from the Hill.

“If they have a valid mission assignment that’s verified by FEMA, my view is we should extend those tours of duty,” Esper said on the “Today Show.” “I’m not worried about the number of days. What I’m worried about is making sure we win the fight against coronavirus.”

Though an extension is still possible, Lengyel told state National Guard leaders on a Thursday night call that they need to start preparing to transition to a state-funded mission. State leaders say this would mean pulling troops off the front lines of the pandemic response, both because states can’t afford to keep them all mobilized without federal support and because Guard members need to be given two weeks to self-quarantine plus time to use the paid leave they earned on this mission.

“We were told to start planning to pull our troops off of their missions effective June 24,” said Major Gen. Matt Quinn, the adjutant general of Montana and the president of the Adjutants General Association of the United States. “And if the soldiers and airmen were in close contact with someone who had Covid-19, we need to pull them off 14 days early for the quarantine period.”

READ ALSO:  US braced for more protests over police killing of black man

Officials from two different states also told POLITICO that Lengyel on that call encouraged state leaders to emphasize in their requests for longer federal deployment that the Guards’ work is vital to getting the economy back on track. They interpreted this comment to mean an economic argument would be more convincing to Trump.

States seem to have taken the advice to heart. “Current National Guard response missions are absolutely critical to the state’s efforts to sustain a safe and responsible opening of our economy,” Washington Gov. Jay Inslee, a Democrat, wrote the president, asking for an extension until July 31.

The push from military officials builds on mounting pressure from Capitol Hill. After POLITICO reported that the administration was planning a “hard stop” to the federal deployment on June 24 — just one day before thousands of Guard members would qualify for early retirement and education benefits — Republican and Democratic members of Congress introduced a wave of bills and oversight actions aimed at extending the deployment and securing Guard members’ federal benefits.

“Having a hard stop, just to shortchange National Guard members, does not help us combat the virus and could lead to gaps in the support network the Administration already took too long build,” said Rep. Bennie Thompson, (D-Miss.) chair of the House Homeland Security Committee. “We all know the pandemic will continue to affect states for months to come.”

Rep. Max Rose (D-N.Y.), a combat veteran and National Guard captain leading some of the congressional efforts said he hopes Congress doesn’t have to do a legislative fix “since the all the White House has to do is reverse this idiotic, cold decision.”

State officials warn that pulling the troops off the pandemic response next month would disrupt key public health missions that have just begun. In Delaware, for example, 100 National Guard members just this week began supporting the contact tracing operation, which tracks the spread of the virus as the state prepares to reopen. In Wisconsin, Guard members are running an alternate care facility in Milwaukee and leading 25 field testing teams around the state, and lawmakers warned in a letter to the White House on Thursday that the loss of federal funding “could contribute to a possible second wave of infection.”

“Many states have said it is going to be hard for us to transition” to the state-funded mission if the federal deployment adds after just 89 days, Lengyel told POLITICO. In Texas, he said, officials want to add 2,000 members of the Guard in nursing homes to disinfect facilities, an effort that will likely take until after June 24 to complete.

“We’re just starting those missions and just because of some arbitrary date, possibly tied to benefits, we’re going to have to pull the troops off,” Quinn lamented. “I just don’t know where we’re going to find the manpower to continue to do the testing that’s recommended by the White House and CDC of our most vulnerable citizens.”

States have also warned that they can’t keep nearly as many troops mobilized on state active duty should the federal funding expire. The National Conference of State Legislatures estimates the cost of the deployment to be as much as $9 million per month for every 1,000 troops. Jim Reed, who leads the NCSL’s military and veterans task force, said that’s a price tag no state can currently afford.

“There’s no extra money in any state budget right now — we have declining tax revenues and at the same time, the needs and extra costs are tremendous,” he said. “My state of Colorado, for example, just last week reported a $3.3 billion revenue shortfall. And unlike the federal government, states can’t really deficit spend. Any new hole in the budget becomes something that requires more cuts.”

READ ALSO:  Putin dismisses the charges of ransomware in the United States as a ploy to create controversy before of the meeting.

Pentagon spokesperson Jonathan Hoffman stressed that Guard members can still attain the 90 days required to qualify for early retirement and other benefits on a future deployment.

“It’s important to understand that at this time no benefit has been denied to these members,” Hoffman said, noting that Esper, a former Guardsman himself, has spoken with almost 40 governors about the issue. “No doors have been closed on it.”

While the pressure on the administration is ramping up as the deployment’s current end date approaches, the White House has declined to say whether the president will sign an extension, leaving states struggling to plan ahead as they work to both reopen their economies and contain the outbreak.

“If they end this thing on the 24th, it’s going to be a mess,” predicted retired Brig. Gen. J. Roy Robinson, the president of the National Guard Association. “The states have to shut down an operation manned by traditional guardsmen who have to quarantine before they return to their civilian employers and their families. So if they’re truly planning to shut down on the 24, they need to start pull soldiers and airmen off of their missions during the first week of June.”