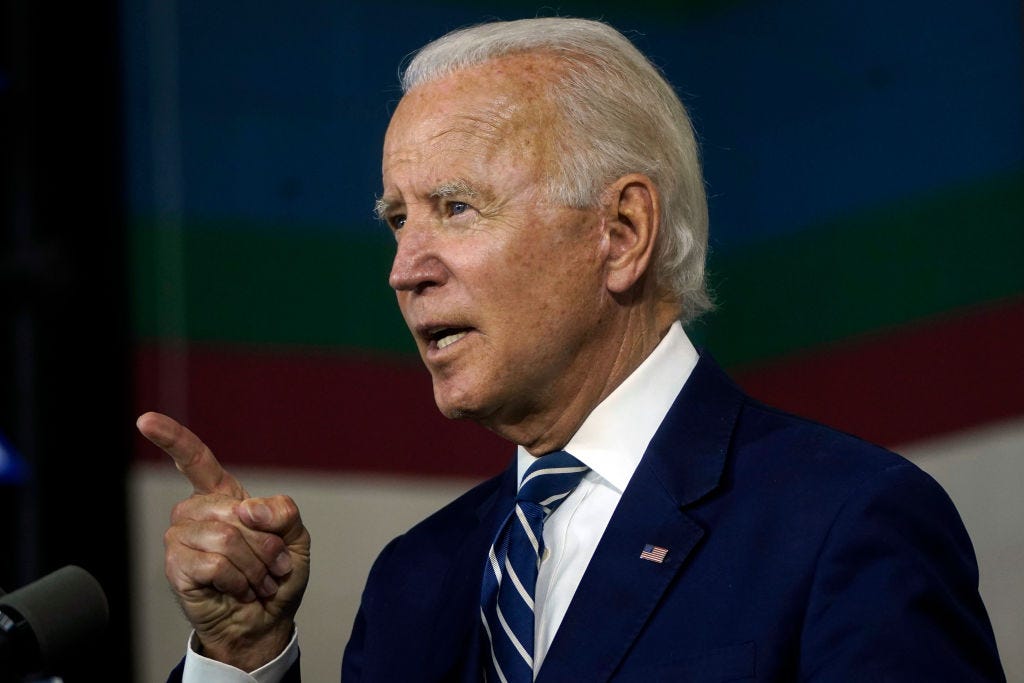 Former Vice President Joe Biden amassed more individual donors over the last three months in a handful of swing states that President Donald Trump won in 2016, according to data pulled by the New York Times.

Biden is also ahead in individual donors in North Carolina, Wisconsin, Ohio and Michigan, battleground states that election experts have previously stressed could determine the 2020 presidential election outcome.

In North Carolina, Biden had approximately 10,000 more individual donors than Trump, 4,000 more in Wisconsin and Ohio, and 3,000 more in Michigan. The presumptive Democratic presidential nominee also had a narrow edge in donors in Iowa and Georgia, states that went to Trump in 2016.

Altogether, Biden led nationwide in individual donors, with an estimated 400,000 more than Trump through the months of April to June.

Trump led Biden in individual donors in Florida and Arizona, two key states in this year’s election that Trump won in 2016, with estimated totals of 117,000 and 41,000, respectively. Biden received 102,000 donations in Florida and 33,000 in Arizona, according to the data.

Recent election polling shows Trump trailing behind Biden in many of these same swing states. Biden is 8 percentage points ahead in Michigan, has a 7.3-point lead in Pennsylvania, and a 7-point advantage in Florida, according to RealClearPolitics’ averages as of July 20.

Trump snagged many contested states in 2016 by razor-thin margins in a stunning upset over Hillary Clinton. He flipped Michigan by 0.3 per cent, Pennsylvania by 0.7 per cent and Florida by 1.2 per cent.

Biden’s total individual donor contributions in June amounted to more than $US63 million, over two times the amount Trump raised last month at just $US30 million.

Overall, though, Trump has raked in a larger amount of money since his reelection bid started in 2017, with more than $US1 billion raised. Biden has been trying to close the gap in recent months, with a total of $US633 million as of July 20.

The Democratic candidate has also picked up steam with small donors, which he previously struggled to gain compared to his former campaign rivals Sens. Bernie Sanders and Elizabeth Warren.

Trump shattered records in small-dollar donations against his Republican opponents during his 2016 run.

The Best New Shows to Watch from FOX’s Fall Lineup

Demi Lovato: I had a ‘beautiful’ encounter with aliens in Joshua Tree