Opinion – The America’s Cup can be a very isolating experience. 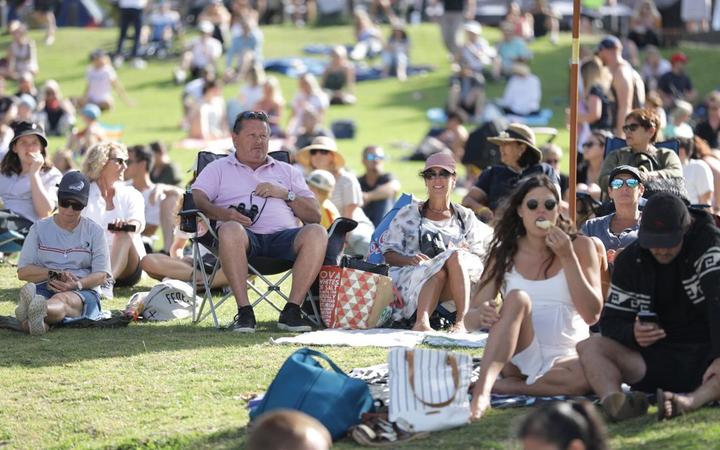 If you’re not wholly on board with Team New Zealand, then you might as well renounce your citizenship.

Even in the media, your partiality isn’t in question. Of course you support the team – the only differentiation is the fervour.

I blogged a couple of races for RNZ last weekend. They were the first I’d watched since 1987.

I’d been 12 at the time and was rather taken with KZ7 and events off Fremantle. The boats appeared much of a muchness, there were well-contested challenger and defender series’ and sailing seemed to be at the heart of everything.

That creditable showing was not enough for the folk behind New Zealand’s entrant, though. They sought to injunct holders the San Diego Yacht Club, identifying a loophole in the regulations that might allow New Zealand to challenge for the Cup the following year. I was out at that point.

I think Dennis Conner eventually turned up with a catamaran and New Zealand had some great mono-hulled thing and the whole thing was a farce.

Not that I was watching. I didn’t believe insulting Conner on the basis of his nationality or weight or sailing ability was actually that becoming. Maybe I was naive, but I genuinely thought New Zealanders were better than that.

Either way, I ignored the whole thing until last weekend.

I’d been aware it was on, as I scrolled or swiped past the headlines of recent months. The racing became a topic of conversation at barbecues and pubs and the like and it became impossible to remain entirely ignorant of the Cup’s existence.

Saturday was still a shock, though. The America’s Cup’s own YouTube channel provided a fairly palatable livestream, but New Zealand’s own television coverage offered little to recommend it.

I quickly resorted to the mute button, with any pertinent information needing to come via the livestream.

I won’t dwell on the coverage. My policy has always been to ignore things you don’t care for, rather than taking the undignified approach of counting the ways in which it offends you.

I did struggle to take my eyes off Dean Barker, though.

You assume Barker doesn’t need to be on TV for the money and that the last thing he needs is publicity either. Does he want a job with Team New Zealand? Maybe. But then any role with them appears as if it would be off the water and Barker still fancies himself as a sailor.

As much as that television coverage made me feel a stranger in my native land, Barker looked just as uncomfortable.

I’ve no idea whether he warmed to the couch environment, because I bailed out once my blogging commitments were over. But if I ever think of the Cup again, it will be of Barker and the look of bemusement on his face as he watched the various antics unfold.

What is it about the America’s Cup that sweeps so many of us up in its wake? Is it the success? The whole plucky five-million-against-the-world bit? The sailing itself? I truly don’t know.

And how widespread is the appeal? The Viaduct looked full of folk who look and talk and dress a lot like I do, but where were the rest of our countrymen and women?

Are they as enthused about all this stuff?

It’s a diverse world we live in these days, thank goodness. We’ve never been more able to be ourselves, no matter who that might be.

We have freedoms to identify and express our individuality that previous generations could only dream of and yet so many of us want to be defined by boat racing.

Sorry, that’s not right. It’s not boat racing, but America’s Cup racing. Most people wouldn’t cross the street to watch any class of an Olympic yachting regatta.

I find it weird. And a bit lonely. But mostly just strange.

Strange that people can get so attached to something as silly as sport and strange that no-one’s embarrassed about it.

Of all the things that New Zealanders have to be proud of, it’s hard to imagine why they seem such a distant second to this stuff.

Nobody owes you anything, so put in the effort – Kate Henshaw to online beggars

‘You will always be a man with a fake bum pad,’ says singer Daffy Blanco of Bobrisky.

‘You will be sorely missed.’ Opeyemi, Nkechi Blessing’s boyfriend, reacts to her mother’s death.

Prince Kpokpogri apologises to Jane Mena’s husband after a video of his wife partying with him went viral.

Queen was evicted from the BBNaija 2021 house.